Will 2015 Be The Year Marriage Equality is Achieved in All 50 States? 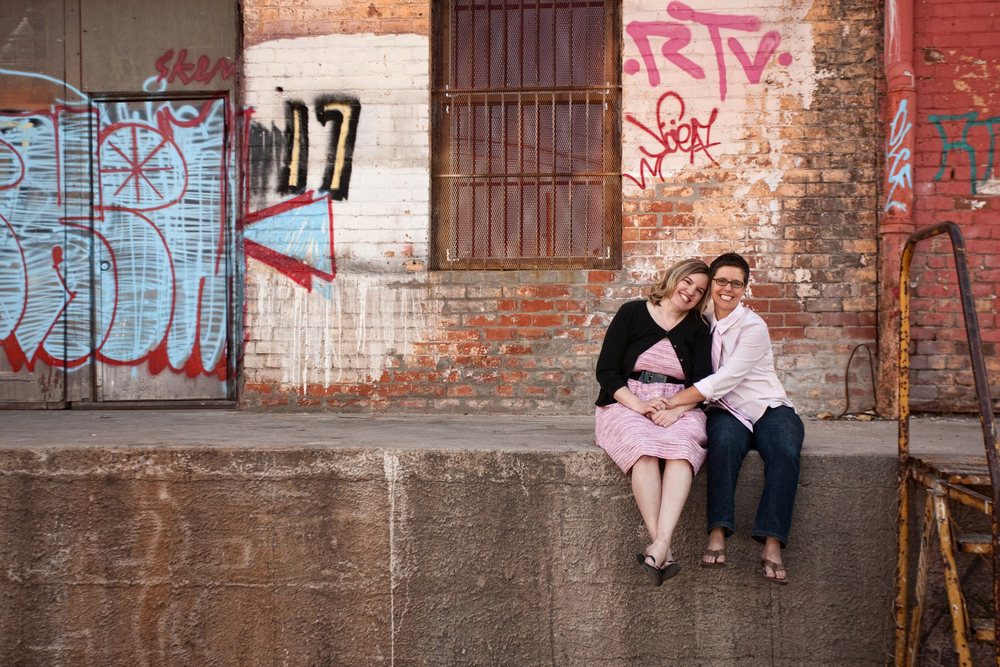 As the end of 2014 draws near, one cannot help but reflect back on the major events of the past year and trace the progress (and also the setbacks) that took place. At One Equal World, we have enjoyed tracing the progress made in the fight for universal marriage equality in the United States, a fight that has experienced more and more momentum in just the last few months alone. In honor of the impending new year, here are four major strides forward made for marriage equality in 2014:

Florida Fights Hard for the Freedom to Marry. In 2013, Miami-based lawyer Kendall Coffee predicted the inevitability of marriage equality in Florida, and it would appear that the marriage equality activism, court rulings, and public support for the right to marry is finally paying off. Although Florida Governor Rick Scott and Attorney General Pam Bondi have stood firm against the freedom to marry, five separate Florida judges have ruled that marriage bans in their state are unconstitutional. According to Freedom To Marry, “A stay in a Florida federal ruling is set to expire on January 5, 2015 – unless the U.S. Supreme Court grants an extension of the stay, the freedom to marry should take effect on 1/5,” meaning that the long battle to marriage equality in Florida might finally be won. 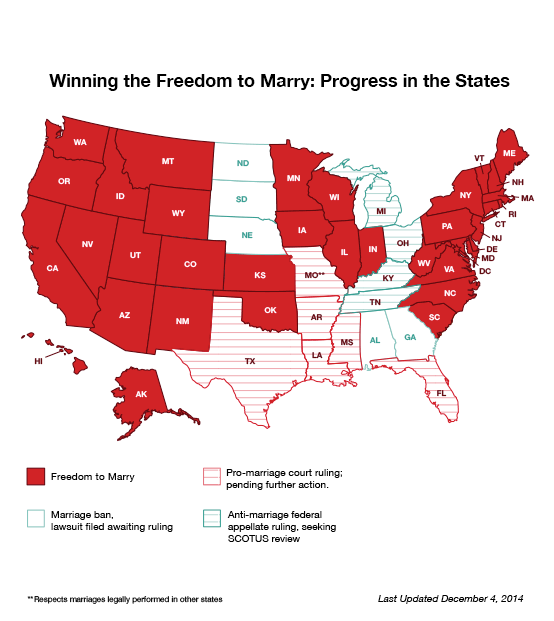 4th Circuit States Earn Freedom to Marry. In 2014, the five states that make up the 4th Circuit Court – Maryland, North Carolina, South Carolina, West Virginia, and Virginia – all earned the freedom to marry. On July 28, the United States Court of Appeals for the 4th Circuit ruled in favor of the freedom to marry, declaring that a ban on same-sex couples was unconstitutional. This 4th Circuit ruling marked another massive victory for the marriage equality movement at large, as it included multiple states earning the right to marry all at once.

Freedom To Marry has been an incredible resource for those paying close attention to marriage equality rulings and progress in the United States; looking at its Progress in the States Map is incredibly heartening, as the majority of it denotes the freedom to marry. In 2014, enough states earned the freedom to marry so that more than half of the population can now legally wed, regardless of their sexual orientation. Here’s to hoping that in 2015, those remaining states earn the same right, and that the universal marriage equality is achieved.