Momentum for Marriage Equality Has Never Been Greater 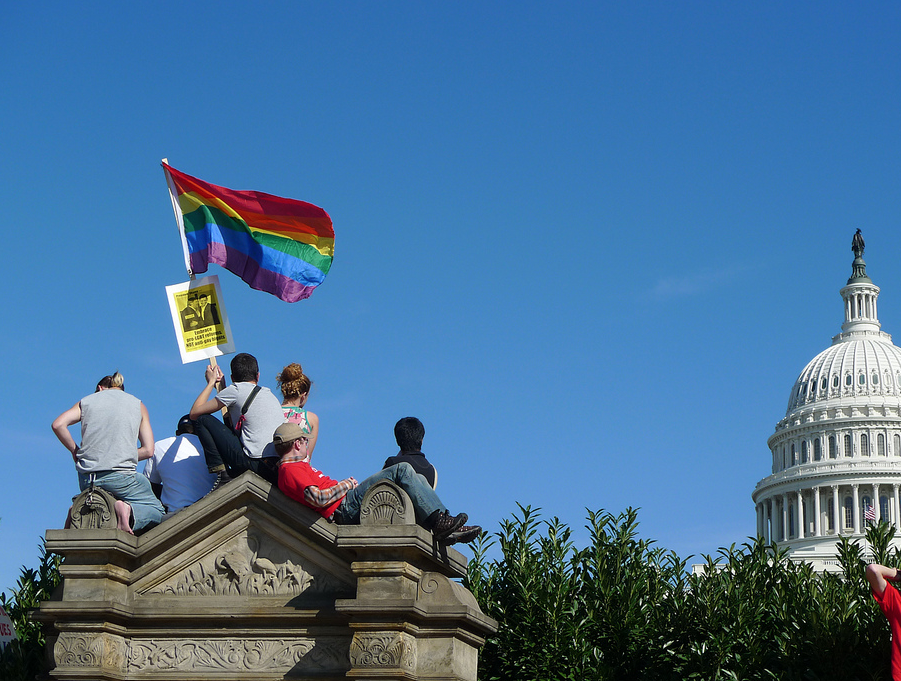 Idaho, Michigan, Texas, Arkansas, and Virginia. These are just a handful of the states that have been making headlines for their role in the fight for marriage equality in the United States. Just this week, the ban against same-sex marriage in both Oregon and Pennsylvania was deemed unconstitutional by federal judges. With more and more states officials ruling in favor of the freedom to marry, momentum in the fight for marriage equality has never been more palpable.

Currently, it is legal for same-sex couples to wed in eighteen states, although some states, such as Idaho, have placed a temporary hold on the court rulings that support marriage equality. Seven states, including California, Connecticut, Iowa, Massachusetts, New Jersey, New Mexico, and Oregon, achieved marriage equality by a court decision. In Delaware, Hawaii, Illinois, Minnesota, New Hampshire, New York, Rhode Island, and Vermont, same-sex marriages were legalized by state legislature. Only three states—Maine, Maryland, and Washington—legalized same-sex marriage by way of popular vote. With no less than eight states ruling in favor of marriage equality in the last twelve months alone, the future has never looked brighter for LGBTs who have waited far too long for our government to honor their right to equality. 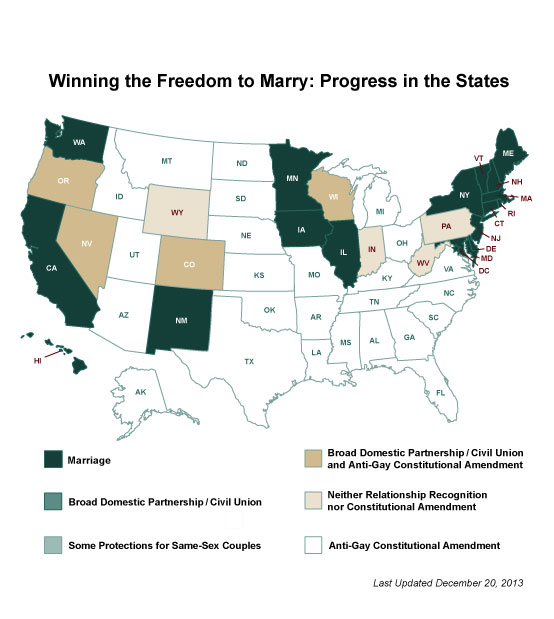 What will this map look like in a few months? / Image: via Freedom to Marry

In a recent Newsmax article titled “Kendall Coffey: Same-Sex Marriage Unstoppable,” legal analyst Kendall Coffey acknowledges that from a legal standpoint, universal marriage equality is inevitable. “That’s the momentum that’s in our midst and it’s going to continue,” he says, noting that “the vast majority [of state courts] are going to rule in favor of allowing gay marriage.”

Recent polls taken by Gallup also reveal that “nearly eight in 10 young adults favor gay marriage,” and that 55% of Americans support marriage equality for all. The data collected by Gallup shows that American support of marriage equality has never been higher.

Do you see the fight for marriage equality in the United States gaining momentum?