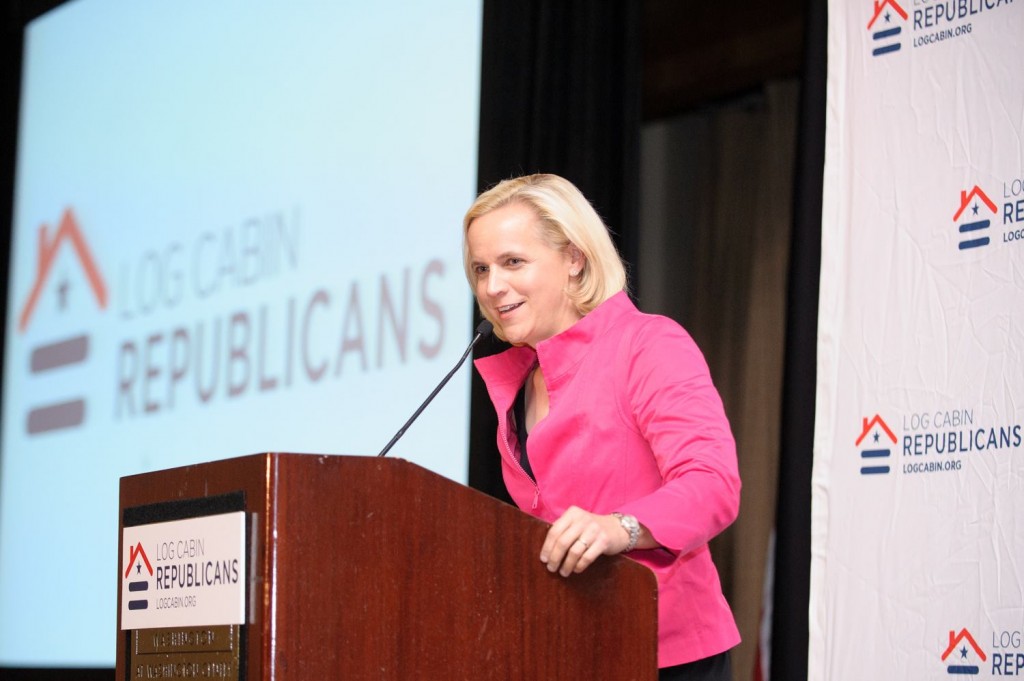 Earlier this month, Mary Cheney was a keynote speaker at the Log Cabin Republicans 2014 Spirit of Lincoln Dinner, an event that brought together many GOP representatives and political operatives. The Log Cabin Republicans (LCR) is the nation’s largest organization representing gay conservatives and allies that support equality for all Americans. LCR works to advance the interests of the gay and lesbian community within the Republican Party, and has been instrumental in creating LGBT visibility in conservative politics.

Mary Cheney, openly lesbian political consultant and daughter of former Vice President Dick Cheney, was an obvious choice for keynote speaker at the recent event, as her politics are very much in line with the ideologies promoted by LCR. As Chris Johnson of The Washington Blade points out, “For Mary Cheney, backing gay rights isn’t just the right course of action for the Republican Party in moral terms, it’s also the path that’ll help the GOP at the polls.”

In her speech, Cheney explained, “Simply and clearly affirming the rights and dignity of gay men and women will not make us a weaker part – it will help make us a majority party.” She also noted that “We haven’t come this far without an awful lot of confidence in the justness of our cause.”

For Cheney, the LCR, Spirit of Lincoln Dinner attendees, and countless conservative voters across the country, supporting gay rights is simply being on the right side of history, both politically and ethically. Cheney’s speech reiterated the importance of equal rights, not only for moral reasons, but for political ones as well, a stance that has been previously voiced by other prominent political figures such as Congressman Paul Ryan, House of Representatives candidate Carl DeMaio, Republican strategists Ana Navarro and Ken Mehlman, and many others.

Cheney ended her speech by saying, “To point out the obvious, you [the LCR] were ahead of your time,” of the way that Republicans in favor of gay rights are now at a political advantage. “And even though the Republican Party still has some catching up to do, you have set great things in motion, both for the party and for our country.”

Read all of Cheney’s remarks here.