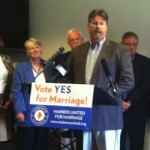 We’re in the final weeks of campaigning for the election season. And this year’s election—besides electing the president—will decide the fate of marriage equality in four states: Maine, Maryland, Minnesota, and Washington.

And as we inch closer to the election, more prominent Republicans are coming out in support of same-sex marriage. Steve Abbot, who is the athletic director at the University of Maine, is the latest to join the queue. He now stands alongside other Republicans like Ken Mehlman, Kenneth Lindell, and Stacey Fitts—all of which have joined the group “Republicans United for Marriage.”Ken Mehlman has been perhaps one of the most significant Republican figures advocating for marriage equality in the past few years. Openly gay as of 2010, Ken Mehlman has since become a powerful public spearhead
for the LGBT movement. 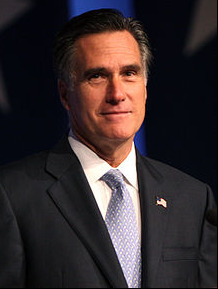 In an article from the Portland Press Herald, Abbot was quoted as saying, “As a Republican, I value personal responsibility and believe that the family is the foundation of our community. That’s why I support the freedom to marry for all, loving committed couples in Maine.”

Mitt Romney’s campaign for the presidency has been one of the most openly anti-gay campaigns in recent history, though, and groups like the Log Cabin Republicans have faced criticism for their endorsement of a candidate who so clearly hurts the campaign for equality.

So for now, the question remains: will the support of Republican names like Abbot, Mehlman, Lindell, and Fitts have a positive influence on passing same-sex marriage initiatives in Maine, Washington, and Maryland? And will it be enough to keep Minnesotans from amending the state constitution to ban same-sex marriage?