Out Magazine Announces its Annual OUT 100 Honorees

Out Magazine recently announced some of the honorees of its 19th annual OUT 100 Awards. The list features one hundred of the year’s most compelling LGBT people from a diverse and expansive number of industries, and Out will continue to gradually announce honorees leading up to the OUT 100 Gala on November 14th.

The annual OUT 100 list featured writers, actors, comedians, musicians, activists, scientists, and more. Edie Windsor, who came out victorious over DOMA when the Supreme Court ruled in her favor, was of course at the top of the list. Sir Ian McKellen was honored as part of the “Legend” category, and film festival director Kim Yutani also made the list. Actors Lea DeLaria and Guillermo Diaz were also recognized, alongside the art collective House of Ladosha and musician Mary Lambert. Many athletes were honored, including UFC fighter Liz Carmouche, soccer player Robbie Rogers, and WNBA standout Brittney Griner. Even the fields of medicine and mountaineering were represented by honorees Jack Andraka and Cason Crane, respectively. 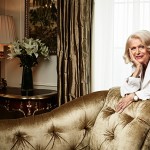 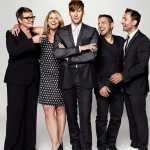 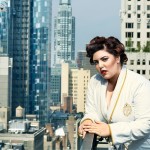 Drag performer and reality TV star Jinkx Monsoon was honored on the OUT 100 list, as was politician Brian Sims. Zachary Kerr and Jazz and Calliope Wong were recognized together for being outstanding teenage transgender activists. Another group of honorees included Boy Scouts Greg Bourke, David Knapp, and Pascal Tessier. These are just a handful of mentions from an incredibly impressive, inspiring group of LGBT people.

New to the awards this year is the “Reader’s Choice” category, in which 10 of the nominees were voted for by Out subscribers. The Reader’s Choice Award nominees included Dustin Lance Black, Kate Bornstein, Thom Browne, George Takei, among others; trans advocate and actress Laverne Cox won the title by receiving the most votes from readers.

Out Magazine’s annual OUT 100 list is a testament to the many proud, influential LGBT people that inspire others across numerous industries. This list allows for great visibility in the global LGBT community, and highlights the courageous efforts that these individuals have made to earn equality and acceptance of people of different sexual orientations or gender identities.

Be sure to check out the complete OUT 100 list and other fantastic photos from Danielle Levitt here!

Images used with permission from Out Magazine.