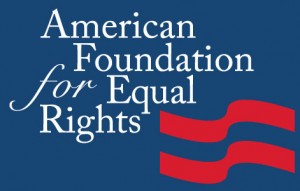 In 2008, California voters passed a measure that would make same-sex marriage illegal. Now infamous, the measure was called “Proposition 8,” and the challenge to it, Hollingsworth v. Perry, has now made it all the way to the Supreme Court, which heard oral arguments for the case in March. A decision is expected by this summer, but with support growing steadily for same-sex marriage in California, many believe that even if this ruling doesn’t shut down Prop 8, a later one will.

Today, 58% of Californians believe that same-sex marriage should be legal—as opposed to the 36% that oppose it. That’s a margin of 22 points, a significantly larger spread than just three years ago when 52% were in favor and 40% were opposed.

Immediately after Prop 8 was passed, multiple lawsuits were filed in state and federal courts questioning the law’s validity. Hollingsworth v. Perry has been regarded as a landmark case for some years now, especially with its nonpartisan support from attorneys Theodore Olson and David Boies, who opposed each other in the famous Bush v. Gore case.

The American Foundation for Equal Rights filed its suit against Prop 8 on behalf of two same-sex couples three days prior to the California Supreme Court’s decision to uphold Prop 8 in the Strauss v. Horton case. Since then, AFER, a certified 501(c)3 nonprofit, has been the sole sponsor of the suit.

The Board of Directors for AFER is led by President Bruce Cohen, and includes others such as Michele Reiner (Treasurer), Dustin Lance Black, Chad Griffin, Jonathan D. Lewis, Ken Mehlman, and Rob Reiner.

Be sure to check out our full profiles on Chad Griffin, Ken Mehlman, and Dustin Lance Black!