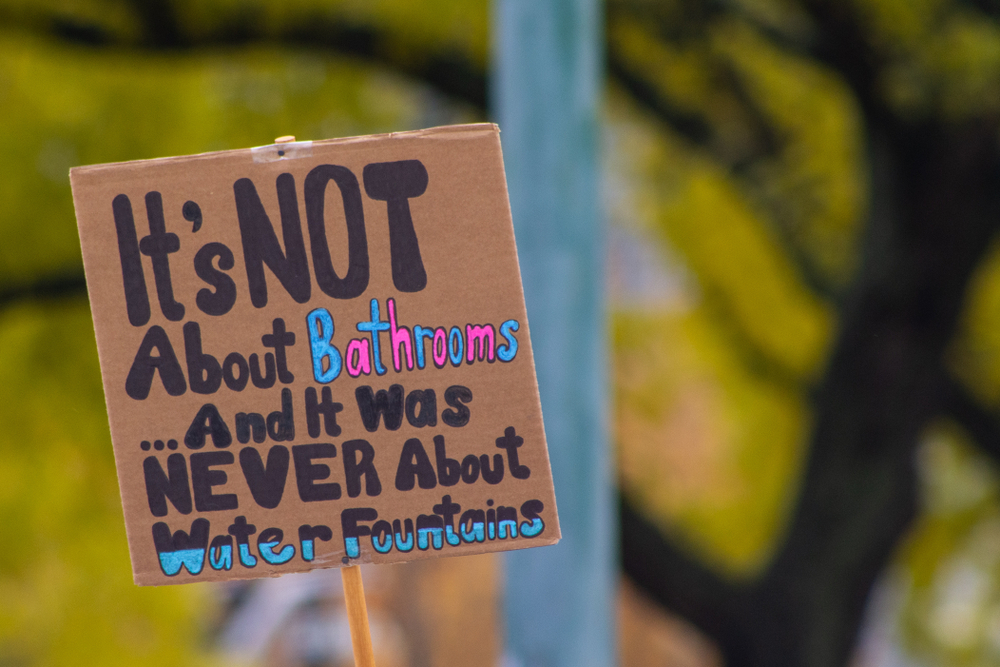 One would think that those working on LGBTQ panels would be accepting of all sexualities and genders. After all, it kind of goes with the territory, right? Wrong.

Julie Beck, a trans-exclusionary radical feminist (TERF), was booted from her leadership position on Baltimore’s LGBTQ Commission for making anti-trans sentiments. Shortly afterward, Beck, who identifies as a lesbian, was invited to appear on Fox News. She accepted the offer, and used it as a platform to promote her anti-trans agenda.

“When we get down to it, women and girls all share a biological reality. We are all female,” Beck told Fox News host Tucker Carlson. “But if any man, if any male person can call himself a woman or legally identify as female, then predatory men will do so in order to gain access to women’s single-sex spaces.”

Later on in the segment, Carlson asked Beck how she could justify bashing trans people, since they fall under the LGBTQ acronym. Beck’s response was that trans people don’t belong under the same umbrella as gays, lesbians, and bisexuals.

According to The Advocate, Beck was kicked off the Baltimore LGBTQ Commission for refusing to use transgender pronouns—a position that put her at odds with her colleagues.

“You can’t tell other people how to identify,” Akil Patterson, co-chair of the commission, told The Baltimore Sun. “They are part of the community. It costs us nothing to say ‘her’ or ‘him,’ or say ‘they’ or ‘them.’”