Honoring the Legacy of Edith Windsor 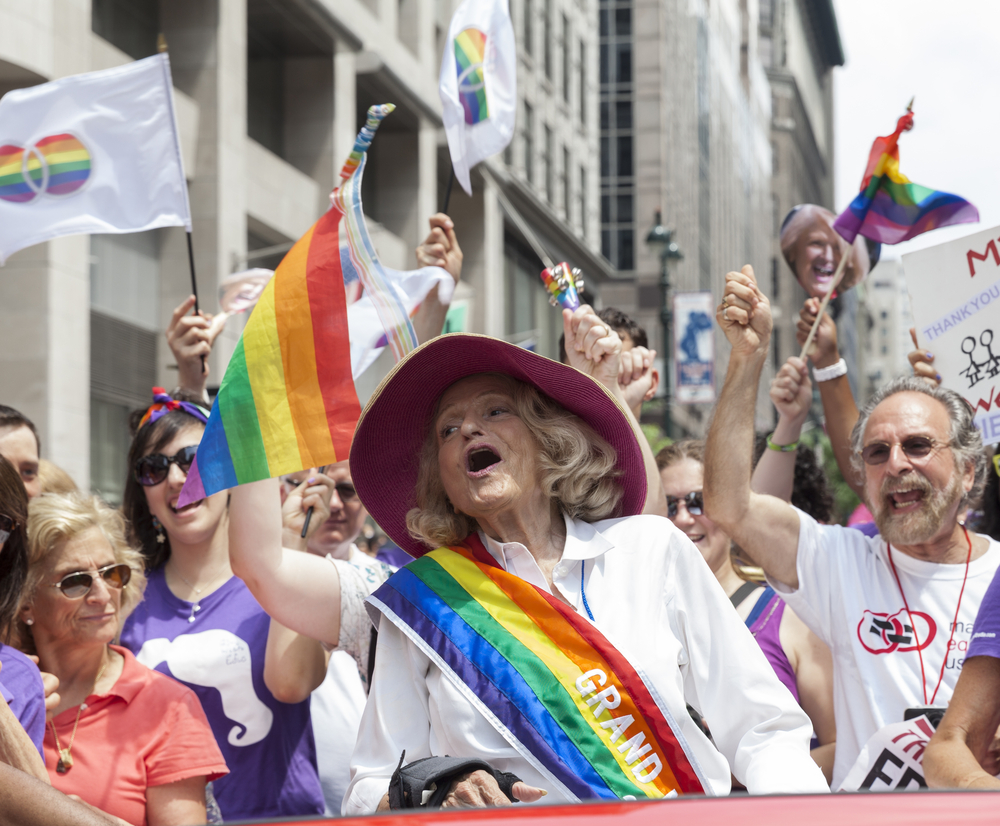 “The world lost a tiny but tough-as-nails fighter for freedom, justice, and equality,” said Judith Kasen-Windsor, wife of activist Edith Windsor, announcing her death on Tuesday, September 12th. “Edie was the light of my life.”

Edith Windsor’s light touched many, many lives. It was her 2013 case against the Defense of Marriage act which led to the 2015 Supreme Court ruling that legalized gay marriage across the United States. That case began with the death of her first wife, Thea Spyer, in 2009.

Spyer’s death cost Windsor dearly (emotionally of course, but also financially). Spyer left Windsor everything, and because their 40-year partnership and recent Canadian marriage weren’t recognized in the United States, she had to pay over a third of a million dollars in inheritance penalties. A heterosexual couple would have been immune.

So Windsor sued the government to change the law. And her suit, combined with many others, went all the way to the Supreme Court. In 2013, 5 out of 9 Supreme Court justices ruled that the Defense of Marriage Act was unconstitutional, and a long two years later, that ruling set precedent for Obergefell vs. Hodges, in which 5 out of 9 justices ruled that the right to marry includes same-sex couples.

“The next generation is so far advanced over us,” Windsor said between those victories. “I love that a lot of younger people now come out that would never have come out in the old days. Of course, they are born into a community already. They just have to discover it, whereas we were still building it.”

A community indeed. After the 2013 ruling, Windsor received a congratulatory phone call from the President of the United States himself.

At the time of Obergefell vs. Hodges, Edith was 86. A year later, she married Judith. The two were only able to enjoy one year of marriage before Edith passed away.