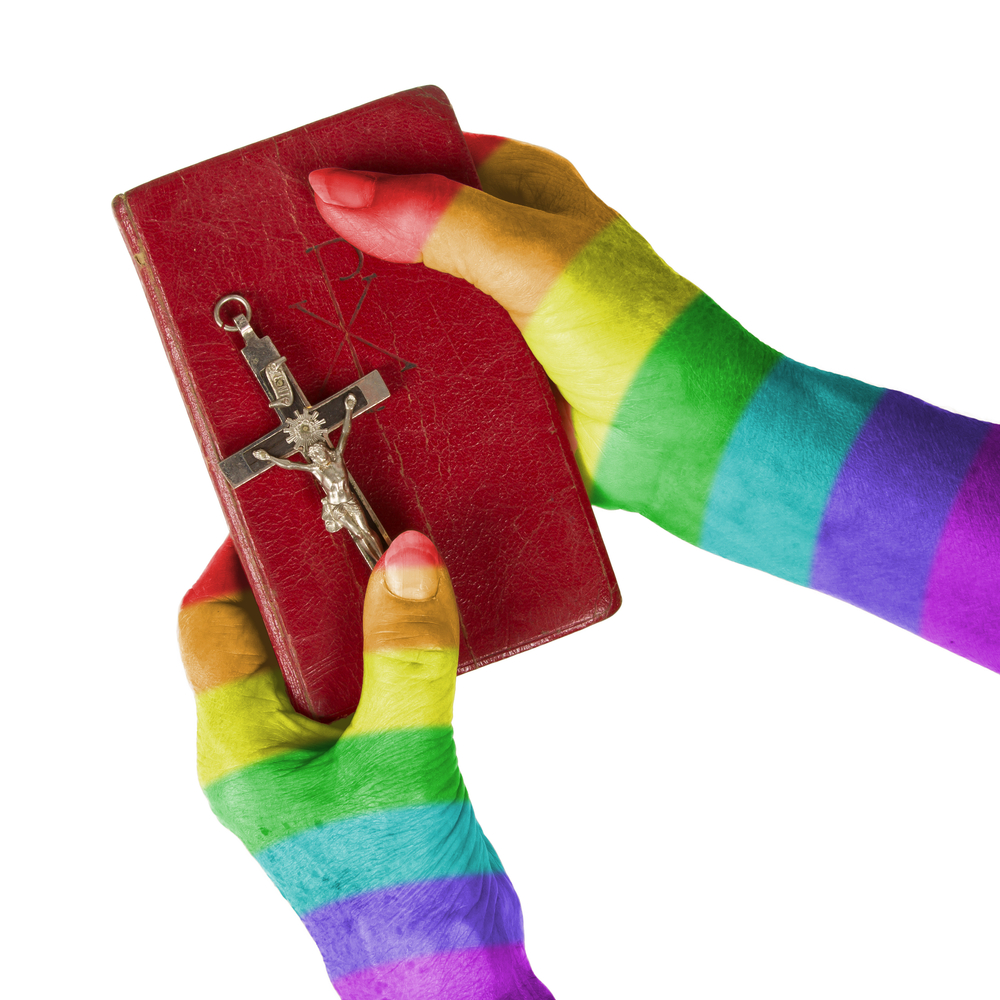 Ever since Pope Francis issued a public apology for the church’s treatment of gays, it’s sparked a lot of controversy in regards to religion and homosexuality. Among those controversies is the recent rise of Christians who identify as being gay. According to a 2014 Religious Landscape Study, 48% of LGB people identify themselves as gay Christians. But can these two identities really coexist without contradicting one another?

Here’s what the Bible has to say about homosexuality:

“Thou shalt not lie with mankind, as with womankind: it is abomination.” Leviticus 18:22.

“If a man also lie with mankind, as he lieth with a woman, both of them have committed an abomination: they shall surely be put to death; their blood shall be upon them.” Leviticus 20:13.

“There shall be no whore of the daughters of Israel, nor a sodomite of the sons of Israel.” Deuteronomy 23:17.

“And there were also sodomites in the land: and they did according to all the abominations of the nations which the LORD cast out before the children of Israel.” 1 Kings 14:24.

Notice a common theme? All of these quotes mention homosexuality between men, yet none of them mention homosexuality between women. Going off of the Old Testament alone, it would appear that one cannot be a gay man and believe in the teachings of the Bible. However, with that being said, many Christians follow the teachings of Jesus, which is based on the New Testament. Here’s what Jesus had to say about acceptance:

Does Jesus’s new command negate all that was written in the Old Testament? This is a point that religious scholars are still debating today. But this next quote is what answers all:

“So whatever you wish that others would do to you, do also to them, for this is the Law and the Prophets.” Matthew 7:12.

If the LGBTQ+ community wants acceptance, then it must extend that same acceptance towards those who identify as being Christian. The same goes for Christians who may not believe in the morality of homosexual relationships. The important thing to understand is that differences in religious beliefs don’t have to lead to hate and violence; we can still love and respect one another as human beings.