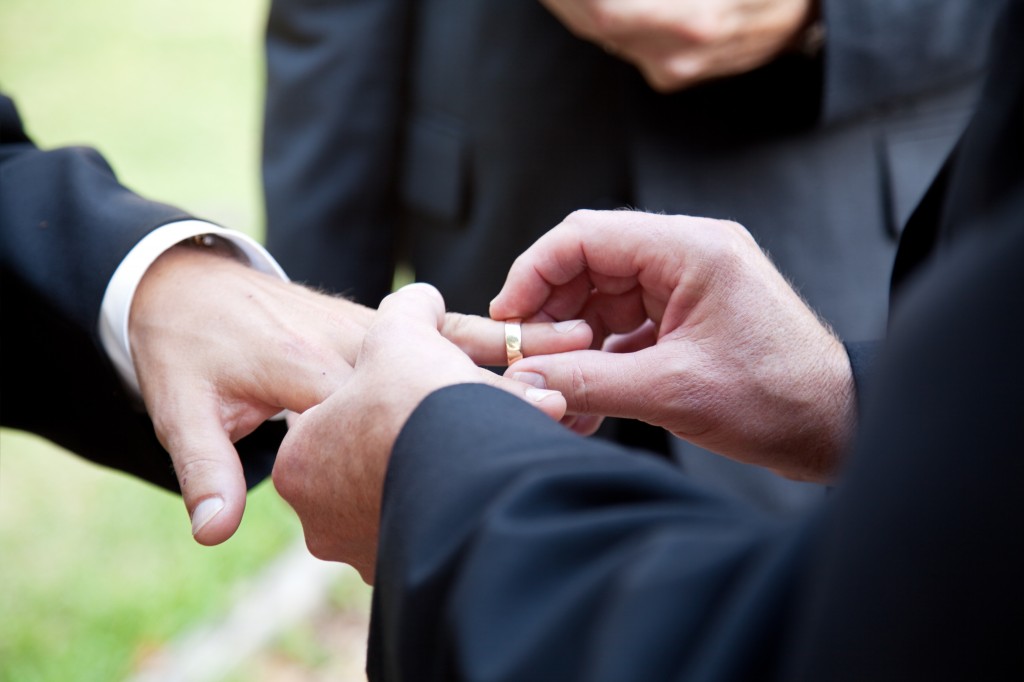 When will the United States catch up when it comes to marriage equality?
Image: Shutterstock

Ireland did it in May. Mexico in June. Yet with the Supreme Court set to rule on gay marriage any day now, many are wondering how the US has lagged behind two traditionally Catholic countries.

There’s no good reason for the United States to dally this long. Both Ireland and Mexico have large Catholic demographics: 82% in Ireland and 80% in Mexico. The Catholic Church has advocated vocally against marriage equality in both countries, not unlike Evangelical and other conservative Christian sects in the US. Sharing theologies fixated on heterosexual marriage, the Catholic Church and American Evangelical churches are equally retrograde on the issue of equality.

Yet enough of the Irish religious demographic voted in favor, despite the influence of the Church, whose conservative credentials are well established. This is the same institution that allows priests to refuse to give communion to divorcees and unmarried couples who cohabitate—it’s not going to “get with the times” any time soon. But the turnout in Ireland told a different story, with support in rural and urban areas. Their marriage equality referendum passed with 61% in favor. Ireland overcame this substantial hurdle while current presidential contenders in the states hide behind the veil of “religious liberty.”

In spite of large religious demographics, Mexico’s Supreme Court of the Nation ruled that discrimination against gay couples was a violation of their constitution, even while a large portion of the population in Mexico still opposing marriage equality. While the particulars may be different, the populations of Mexico and Ireland are not monolithically united in favor of marriage equality, just like in the United States—yet they’ve still made more progress than the US has.

But public opinion in the states has evolved—thirty-seven states have legalized gay marriage, including Utah and West Virginia. President Obama has evolved slowly but surely to the point where he considers marriage a civil right, after his previous remarks and question-dodging where he’d cite his private religious convictions and, later, states’ rights. Conservative marriage equality activist Ken Mehlman has been a strong advocate for the freedom to marry for some time now. His ideologies evolved when he came out in August of 2010, and he is still engaged in both conservative politics and marriage equality activism. He even filed an amicus brief to the Supreme Court on the issue of equality, which was signed by other prominent conservatives. America as a whole, liberal and conservative, is ready to make strides down the road to marriage equality.