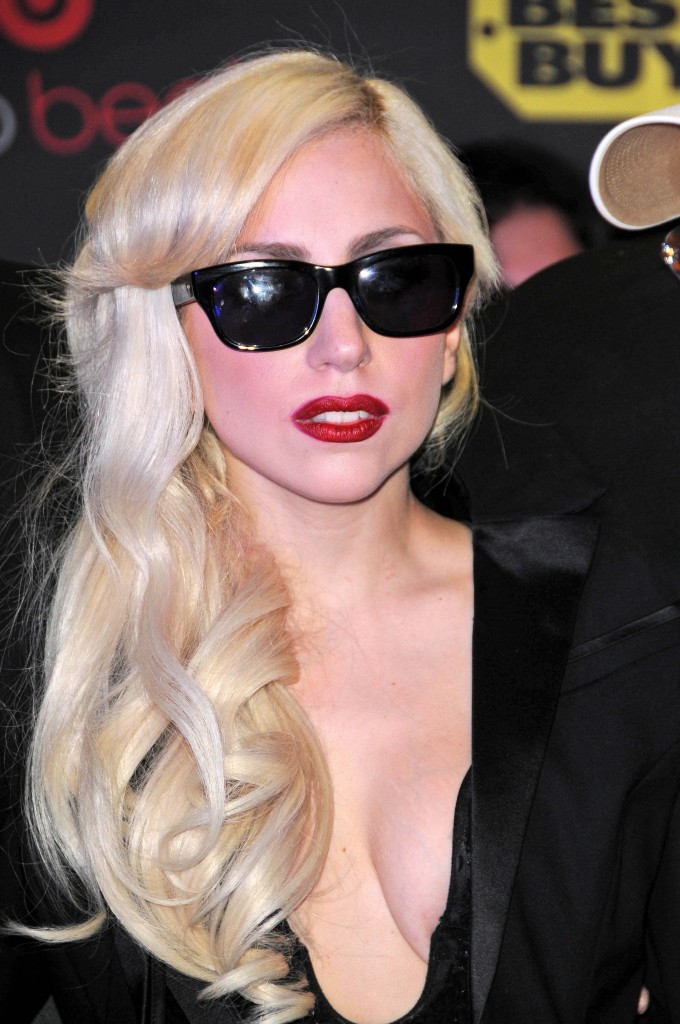 Earlier this week, pop superstar and equal rights advocate Lady Gaga hopped off of the stage and onto a bicycle as part of a charity event.

Held at a SoulCycle in Chicago, the event benefitted the singer’s Born This Way Foundation. During the event, Lady Gaga bicycled alongside her mother Cynthia Germanotta and other guests who shelled out $1,000 per bike. Reportedly, event participants who wanted to sit closer to Lady Gaga donated $2,500 for the cause.

Of course Mother Monster did not just wear sweats to the SoulCycle fundraiser but arrived in a complicated black ensemble with bedazzled shoes with temporary tattoos on her face. Lady Gaga had her hair black and worn loosely during the event and showed up in a black tank top. She had a skull and the word “soul” printed in white on the front. The biggest shock was Gaga’s face. She had multiple henna tattoos painted on her pale face with the black dye around her eyes, on her forehead and contours to her cheeks. Could we really expect anything less from Lady Gaga at this point?

The event ended with a group dance to the singer’s hit song “Born this Way,” according to an attendee. “It was so amazing,” a middle-school teacher named Carolyn Rutili told the Chicago Tribune. “She’s just so genuine and really wants to help out other people.”

Lady Gaga herself wrote a few messages to fans after the event, praising those who supported “a cause so close to my heart. Let’s work toward a kinder and braver world: where every kid wakes up knowing their voice matters, that they are heard, and that there are many resources available to help them with the emotional and social challenges they face.”

The event raised an impressive $50,000 for Gaga’s Born This Way Foundation, which focuses on youth empowerment, anti-bullying initiatives, self-confidence, and mentorship.