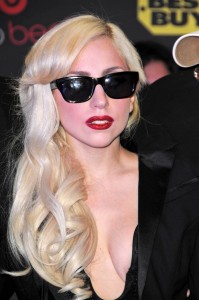 Radical. Unique. Fabulous. Iconic. Trailblazer. Trendsetter. Born this way. Lady Gaga, the singer and songwriter, has become a cultural icon for this generation, and she has become one of the most prominent celebrity role models for LGBTQ youth.

Rolling Stone named Lady Gaga the “Queen of Pop” in 2011, yet even this title understates how iconic and influential she has become since her record “Fame” debuted in 2008. With countless catchy hits and endless one-of-a-kind outfits, Lady Gaga has blazed a new place for herself in the music and fashion industry with no apologies or hesitation.

Not only has Gaga’s fearless insistence on being herself made her popular in the gay community, Gaga herself has stood up as an LGBT advocate. In an interview with Larry King, she explained that as a pop star, “I’m more interested in helping my fans to love who they are, and helping them to reject prejudice and reject those things that they’re taught from society to not like themselves, to feel like freaks, that they’re not wanted.”

This year she founded the Born This Way Foundation, a non-profit organization that focuses on youth empowerment, anti-bullying, self-confidence, and mentoring. She has been active in activism against the DADT policy, and she called the National Equality March “the single most important event of her career.” In 2011, the Trevor Project gave Lady Gaga the Trevor Hero Award for raising awareness about LGBT issues and for inspiring the gay community.

Lady Gaga epitomizes pride. She embodies individuality. And baby, she was born this way.