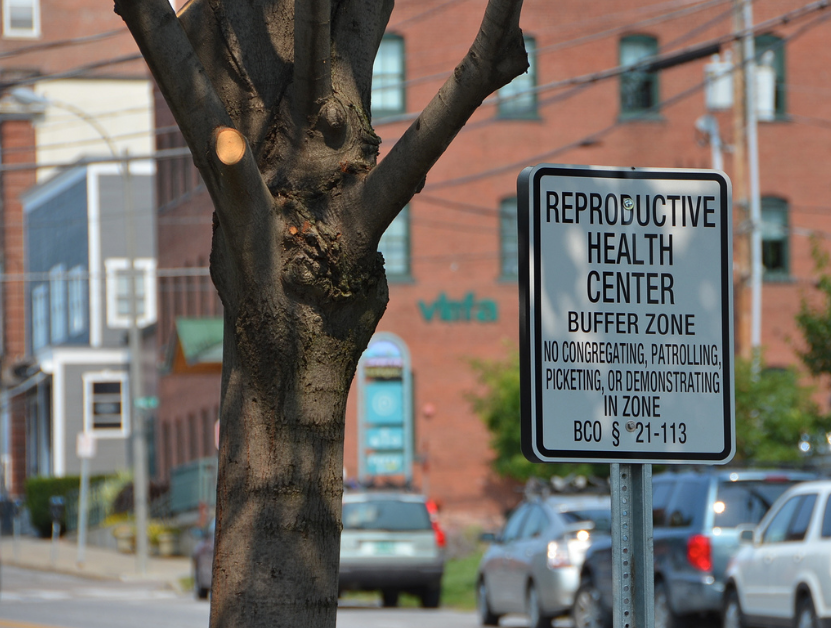 Last week, the United States Supreme Court struck down a Massachusetts “buffer zone” law that previously required pro-life activists to remain 35 feet from the entrances of abortion and family planning clinics like Planned Parenthood. According to the Supreme Court, which was unanimous in its ruling, this buffer zone is a violation of picketers’ freedom of speech.

No one on either side of this controversial case is arguing that freedom of speech isn’t an incredibly important right for all Americans. However, women’s rights and pro-choice advocates have pointed out that a line must be drawn when “freedom of speech” means endangering the lives of women who seek access to health care services. It is inconceivable that the laws that theoretically champion a woman’s right to choose are the same ones that now allow for the threat of harassment and violence to deter her from making an informed decision about her own body, health, and wellbeing.

Verbal harassment from abortion protestors and passionate pro-life picketers pales in comparison to the horrific instances of violence that have been reported outside of abortion clinics. As Jessica Mason Pieklo of RH Reality Check points out, “Since 1977, the National Abortion Federation (NAF) has documented eight murders, 17 attempted murders, 42 bombings, 181 arson cases, 399 invasions, 100 acid attacks, and 663 bioterrorism threats targeting abortion providers and their facilities.” One can only assume that the Supreme Court disregarded these harrowing numbers when they decided to take away the mere 35 protective feet that served as some women’s only solace when seeking reproductive healthcare in Massachusetts. 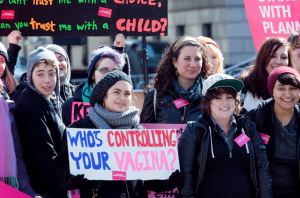 How will the Supreme Court’s ruling affect you? / Image: Dave Bledsoe via Flickr CC

“The fact that buffer zones are even necessary to ensure people have access to a legal, medical procedure is absurd, but that’s the world we live in,” says Maya Dusenbery of Feministing. She continues, “A survey by the NAF found that 90 percent of clinics were concerned about the safety of patients and staff entering their facilities, 51 percent of clinics in areas with buffer zones reported a decrease in criminal activity after the policy was enacted, and 75 percent of them said it helped improve patients’ and staff members’ ability to access the clinic,” of the importance of protective buffer zones at reproductive health clinics.

Only three other states – Colorado, Montana, and New Hampshire – have official buffer zone laws, and only 16 states have laws protecting abortion clinic access at all. With the ruling of Massachusetts’ buffer zone laws deemed unconstitutional, it won’t be long before pro-life groups seek to eliminate all protections in hopes of discouraging women from seeking abortive services.

Learn more about the ruling in a detailed report compiled by Laura Bassett for The Huffington Post.