As American Hospitals Undergo a Transformative Period, What Does This Mean For You and Me? 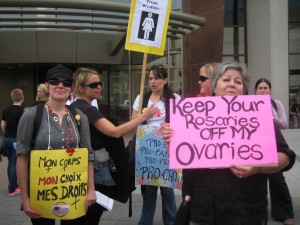 Over the last few years, American healthcare as we know it has endured a period of great change. President Obama’s Affordable Care Act has forced hospitals to cut health care spending, and analytic experts have speculated that changes in policy will prove to have negative financial results for hospitals, forcing further changes. According to a 2012 Outlook Report from Moody’s Corporation, “Both Moody’s and Standard & Poor’s report a negative financial outlook for hospitals, attributable in large part, to the fact that the healthcare industry is undergoing a period of fundamental transformation in which the very model of healthcare delivery is being questioned and changed.” Indeed, everyone from Moody’s CEO and other analytics firms to the American people who rely on healthcare are waiting anxiously to see what the future holds for our hospitals.

The most recent news about how healthcare is enduring a transformative period involves the controversial merging of secular hospitals with Catholic hospitals in order to survive. As many analytics firms have predicted, hospitals all around the country are facing increasingly negative monetary setbacks, something that these mergers will hopefully aid. However, this could increase medical costs for patients, and because of different approaches to healthcare found in secular and Catholic health institutions, the merge of hospitals may help the American healthcare system’s financial outlook—but at what cost to its citizens in need of care?

What does the merge of secular and Catholic hospitals mean for you and me?

One immensely detrimental change to arise from these merges is access to reproductive healthcare, something that Catholic hospitals certainly don’t provide in the way that secular ones do. According to Pro-Choice Washington, “Catholic-run hospitals must comply with directives set by the Catholic Church that forbid doctors from providing abortion care and even birth control,” which will prove to be a huge setback in the push for reproductive rights. Access to birth control in 2013 has been more positive than ever, so this merge could be devastating for women’s health.

Pro-Choice Washington also explains that these merges could yield terrible consequences for LGBTQ people. The organization explains, “Catholic hospital directives also complicate patient access to end-of-care and compassionate care for the LGBTQ community,” which could result in completely barring patients from healthcare based on their gender presentation or sexual orientation, another immense step backwards socially.

American healthcare is absolutely enduring a transformative period, which will hopefully not result in negative consequences for those who need access to it. Stay informed about the changes in hospitals and healthcare to understand the how they could impact you.