Bluewater Productions, a full-service publishing and production company, is making a name for itself for its growing number of comics and graphic novels that feature some of the biggest names in global politics, pop culture, social justice and feminism. Bluewater produces media that “pairs high-quality art with innovative storytelling,” and is bringing the stories and biographies of human rights activists and equal rights leaders to the forefront in an approachable, educational way. 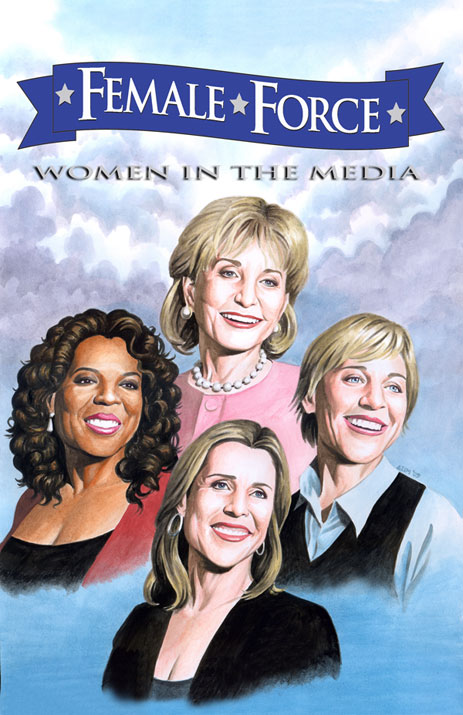 Bluewater has created illustrated mini-biographies about everyone from legendary comedian Betty White, to Lady Gaga, to David Petraeus, chairman of the KKR Global Institute and former CIA head, to soccer icon David Beckham, and nearly everyone in between. Reportedly, the many mini-series produced by Bluewater have been welcomed with great enthusiasm by librarians, educators, students, and parents. Most impressive, and successful, is the company’s Female Force series, a collection of comics and graphic novels that features prolific feminists, women’s rights advocates and powerful female role models.

Published by Darren G. Davis, the Female Force series promotes a huge amount of visibility for strong female leaders. “A visual medium provides perspective that is not only accessible but more relatable to the average person without losing any of the information involved,” explains Davis of the way the illustrated graphic novels of the Female Force collection are really accessible, especially for younger readers. Female Force, a collection that continues to grow, has dedicated comics and graphic novels to iconic feminists and prominent media figures like Gloria Steinem, Hillary Clinton, Margaret Thatcher, Tina Fey, Condoleezza Rice, Melinda Gates, Ellen DeGeneres, Michelle Obama, and many others.

Many libraries and schools have already included Female Force to their collection of resources, and according to Mediabistro’s GalleyCat, comics definitely have a place in the classroom. Explains GalleyCat contributor Maryann Yin, “In the ‘Art on the Mind: Comics and Education’ panel at the Brooklyn Book Festival, a group of experts argued that comics deserve a spot in the classroom.” Experts on that panel included graphic novelist Gene Luen Yang, education specialist Professor Barbara Tversky, and New Yorker Editor Francoise Mouly. Reasons that led the panel to conclude that comics can be powerful education tools include the way that they engage readers, are beneficial to visual learners, and how “comics bridge between media that we watch and media that we read.” 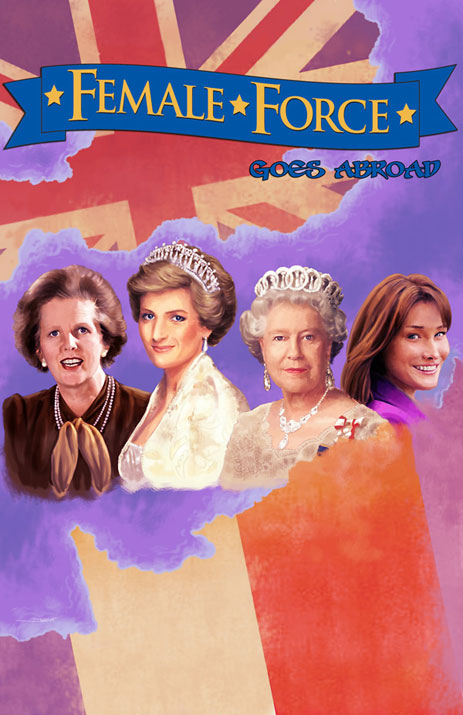 With this in mind, it’s no wonder that the Bluewater Comic series have been such a success among young people. Collecting comics that feature feminists, humanitarians, leaders and role models serves as an invaluable educational tool, and one that empowers young people in new ways. Allison Moon recently proved how valuable visual aids are in her sex education book Girl Sex 101, and The Strumpet is another female comics-centric publication that contains feminist undertones.

It’s wonderful to see that such creative, visual tools have the ability to empower, educate, and inspire readers of all ages. What are some of your favorite comics series? Have you perused any of the comics from Female Force?