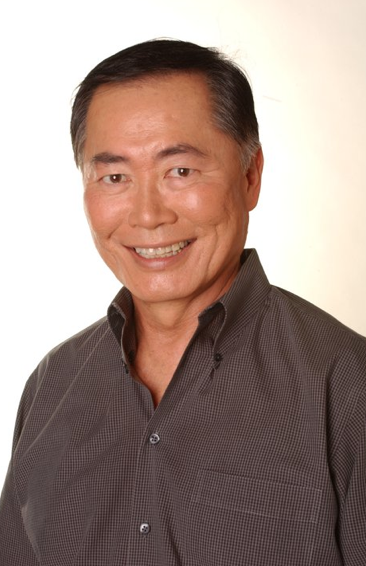 This weekend, Arizona’s SB 1062 – a new bill that seeks to legalize LGBT discrimination under the guise of “religious freedom” – will be either vetoed or passed by Governor Jan Brewer. If passed, SB 1062 would make it legal for businesses to deny lesbian, gay, bisexual, and transgender individuals services if doing so is in alignment with their purported religious beliefs.

According to The Advocate, if Governor Brewer takes no action with the bill, it will automatically become a law. With this in mind, countless celebrities, LGBT rights advocates, and other public figures and politicians have urged her and the rest of Arizona’s policy makers to consider the devastating implications such a bill would have if passed. Actor, director, and social media aficionado George Takei has plead the most eloquent and impassioned case against SB 1062 yet, in an open essay he penned earlier this month.

In the essay, Takei draws parallels between this hateful bill and others that came before it during dark segments of our country’s past. He discusses racial segregation and how SB 1062 flagrantly seeks to oppress the LGBT community in the same way that Jim Crow laws sought to racially segregate the American people. Takei mentions his familial ties to Arizona, and how it would prove to be a grave cultural and economic mistake for the state to pass such a discriminatory law; he promises to boycott everything connected to AZ if SB 1062 becomes a law, and promises to encourage his friends and millions of fans to do the same.

Dear Arizona, Congratulations. You are now the first state actually to pass a bill permitting businesses – even those open to the public – to refuse to provide service to LGBT people based on an individual’s ‘sincerely held religious belief.’ This ‘turn away the gay’ bill enshrines discrimination into the law. Your taxi drivers can refuse to carry us. Your hotels can refuse to house us. And your restaurants can refuse to serve us…

Takei continues, ending his essay with one very clear message,

If your Governor Jan Brewer signs this repugnant bill into law, make no mistake. We will not come. We will not spend. And we will urge everyone we know – from large corporations to small families on vacation – to boycott. Because you don’t deserve our dollars. Not one red cent.

If I were Governor Jan Brewer, I’d sure think twice before passing SB 1062, what about you? Read Takei’s full essay in regards to SB 1062 here.