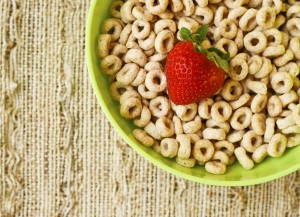 The most recent commercial from popular cereal brand, Cheerios, has racists in an uproar. The advertisement features an adorable little girl asking her mother about the heart health benefits of Cheerios, and ends with her napping father awaking to handfuls of dry cereal spilling from off of his chest. The message was simple: Cheerios is good for your heart, a point illustrated literally by a child putting cereal directly onto her daddy’s heart.

It’s sweet, it’s clever, and it’s considered “controversial,” because it features an interracial family, something that racist viewers couldn’t resist commenting upon online. Earlier this week, Cheerios was forced to disable users’ ability to comment on the ad on YouTube, due to an alarming amount of hateful, racist comments erupting after its initial release. The commercial features a presumably white mother, African American father, and a child with light brown skin, a typical American family, but one that remains poorly represented by the media. 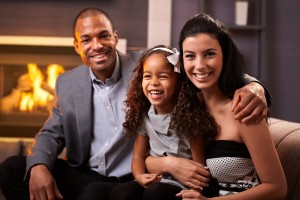 The typical American family is a melting pot of different races, ethnicities, and origins.
Image: Shutterstock

While the racist backlash is disturbing (and sadly, somewhat predictable), the amount of praise for the commercial lends hope to those who identify with its portrayal of a loving, healthy family, and Cheerios isn’t backing down. In a public statement about the advertisement, Cheerios’ Vice President of Marketing, Camille Gibson said, “Consumers have responded positively to our new Cheerios ad. At Cheerios, we know there are many kinds of families and we celebrate them all.”

The advertisement quickly gained attention for being “controversial,” though its only discernable difference from other Cheerios commercials is its depiction of an interracial family. Even those who recognize the normalcy of interracial families were still skeptical about the brand’s intentions. Is Cheerios using inclusiveness solely as a marketing technique? Whatever their reasoning was for choosing the advertisement’s actors, this controversy has still created important visibility for many families who don’t often delight in seeing themselves represented in an everyday kind of commercial. Interracial families existed long before Cheerios decided to portray one; now it’s time for the rest of American media to catch up.