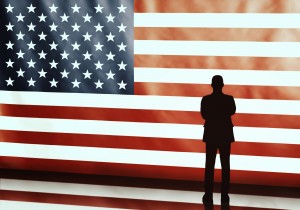 Republicans in the U.S. House of Representatives have proposed their own version of the Violence Against Women Act that effectively strips out any protections for LGBT and possibly Native American victims of domestic abuse. The newest proposed bill takes out “sexual orientation” and “gender identity” from the list of underserved populations that often have difficulty accessing victim services.

The removal of those two simple terms could result in withheld funds from shelters and crisis centers that are LGBT inclusive. This gives individual states more leeway to decide which populations are more underserved than others and therefore are “more deserving” of funding.

Senator Chuck Grassley (R-IA) voted against the renewal of the VAWA, in part because he believes Native American juries won’t try white men fairly. “On an Indian reservation, it’s [the jury] going to be made up of Indians, right?” he said. “So the non-Indian doesn’t get a fair trial.

The proposed changes to VAWA also eliminate the requirement that programs that receive VAWA funding provide services to people regardless or their sexual orientation or gender identity. That means that a center would be free to deny funding solely based on whether or not a person identified as LGBT. It also excludes LGBT people from the STOP program, currently the largest VAWA program. STOP provides funding to care providers that work with police and law enforcement officers to address domestic violence.

Last year was the first year since 1994 that Congress failed to reauthorize VAWA. This was largely due to the fact that House Republicans did not agree with the Native American provision in the bill.

Despite the fact that the new proposal is painfully discriminatory to LGBT people and Native Americans alike, House Republicans argue that it isn’t so. “The House bill protects all people from discrimination,” said a GOP leadership aide. “The Senate bill continues to add people to an enumerated list, therefore excluding those categories not on the list and requiring constant updating. The house bill also allows states, through which VAWA grants flow, to determine the best recipients of those funds, based on the victim populations in their areas.”