Why Republicans Should Support Same-Sex Marriage 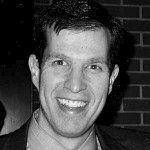 Kenneth Mehlman is a Republican fighting for equal rights.

It’s no secret that most Republicans generally don’t support same-sex marriage. But there are a select few who do, and of those is Kenneth Mehlman, who is an openly gay right-winger. Among a few other prominent Republican supporters, Mehlman says that despite popular opinion, same-sex marriage does, in fact, align with the Republican Party’s values:

Kenneth Mehlman, recently deemed one of New York’s “Power Gays,” makes some strong points supported by some of the values Republicans claim to hold so close to their hearts. We can only hope that Mehlman and others continue to push the LGBT agenda forward, garnering more support as they move along.