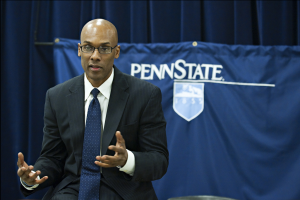 Early in his political career, Boykin was awarded a position as a Special Assistant to President Clinton and the Director of Specialty Media in the White House. These positions made Keith Boykin the highest ranking openly gay person in the White House. Boykin recognized his unique opportunity, and he capitalized on it. For the first time ever, a U.S. President met with prominent gay and lesbian leaders of groups like the Human Rights Campaign Fund, the Black Gay and Lesbian Leadership Forum, and the Gay and Lesbian Victory Fund.

Keith Boykin left the White House to publish his first book, One More River to Cross: Black and Gay in America. Since then, he has published two other popular books about the intersection of being black and being gay, including the bestseller Beyond the Down Low: Sex, Lies, and Denial in Black America.

Keith Boykin, through his political and cultural influence, has always highlighted important gay and lesbian issues in the media. He acts as a strong voice in the black and gay communities, and he can represent what black, gay youth can achieve. In an interview with the Harvard Gay and Lesbian Caucus, Boykin explained that “When I was a kid, I didn’t see any images of black gays and lesbians anywhere in a positive light.People can point to E. Lynn Harris, Me’Shell Ndegeocello, James Earl Hardy, or myself, and know that black gay people do exist.”