It can be a dangerous world out there, especially if you happen to work on the streets.  Recently, a female sex worker was kidnapped, beaten and dragged through the streets by an alleged john in his van. You might think this happened in a third world country, but it was much closer to home. This happened in Vancouver, British Columbia.

Rapes and other crimes are much more likely to happen to sex workers than the average population.  In fact, according to a study, sex workers are 51 percent more likely to be murdered on the job than other women.  This troubled 24-year-old Isabel Chen.  Armed with the stats, she set out to make their lives safer. 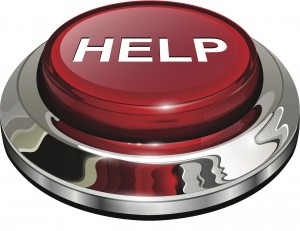 Chen was a medical student at the University of British Columbia.  Having heard about the assault, she decided to figure out a way for sex workers to protect themselves.  The woman who was assaulted had no way to call for help.

However, some ideas were not feasible.  GPS-enabled smart phones were too expensive for many of the workers and had a high likelihood of being stolen.

However, Chen, who now has a master’s in public health from Yale University, came up with a good solution: a panic button for sex workers.  It would be in the shape of a watch or pager and would send an emergency message, to a preset number, if a button is pushed.  It would also link to a Google map spotting the exact location of the sender.

Chen teamed up with Kyle Ragins, a Yale med student and Vanessa Forro, a sex worker advocate, to create Keep Safe.  Along the way, they sought input from women in the sex trade.

Chen and her colleagues are raising money for a six-month trial run in Vancouver.  If it is successful, they hope to distribute the devices to sex workers nationwide.

“One thing we keep hearing is, ‘I can’t believe no one else has done this before,’” said Chen.