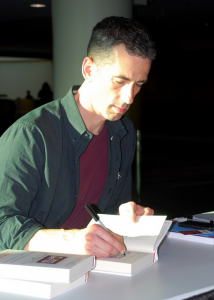 Dan Savage makes his opinion known; he doesn’t hesitate to write what he thinks, and he is undeniably a controversial figure in the gay community. Beyond his work as a columnist, however, Savage has sought to make a difference in the lives of gay youth who face bullying and despair.

Savage began his journalistic career in 1991 with a sex-advice column in the budding Seattle paper, The Stranger. He is blunt, biting, satirical, brutally political, and unabashedly opinionated. Yet he has focused much of his energy and talent on advocating for LGBT equality, and he continues to contribute to the national debate on issues like gay marriage, family planning, birth control, and issues of sexuality.

In 2010, Dan Savage and his husband began the It Gets Better Project, a project for which prominent adults, gay or straight, submit videos of encouragement for gay teenagers. In these videos, these adults assure teenagers that life does get better after high school. This project also provides counselling, a suicide help-line, chat rooms, and a community for gay teenagers who struggle with their identity; the project now has more than 30,000 entries. Dan Savage believes that high-school bullying can stop; that these teen suicides shouldn’t happen; and that it does get better. That’s an opinion with which everyone can agree.