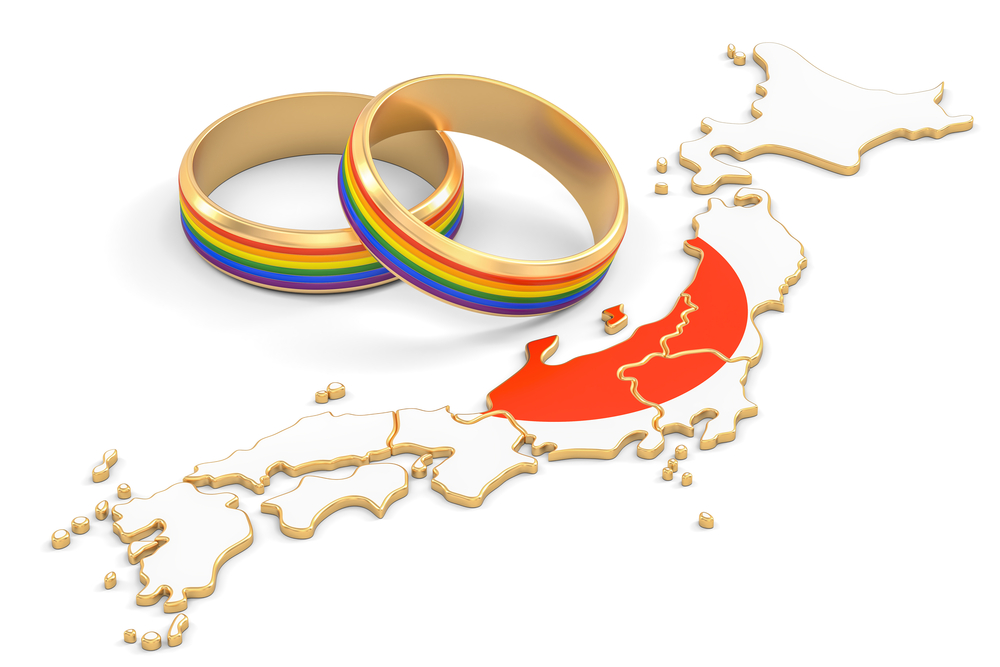 Japan is the only country left in the G7 group which doesn’t yet recognize same-sex marriage. Most polling indicates the Japanese people are in support of it, but the government has kept one foot firmly mired in tradition. Earlier this year, a district court in Osaka ruled that the existing national ban on same-sex marriage is constitutional, and spokespeople for the Liberal Democratic Party – the party currently in charge of the Japanese government, called same-sex marriage “disgusting” with no official censure despite public outrage.

But Tokyo and other large cities in the metropolitan area of Japan have begun issuing partnership certificates to same-sex couples, which grant partners marriage-like rights in regards to housing, medicine, and public welfare. They aren’t marriage, and they don’t help with legal matters like adoption, inheritance, citizenship, or visas, but they are a step forward.

“My biggest fear has been that we would be treated as strangers in an emergency,” said one member of a same-sex couple, who asked to remain anonymous to the press.

LGBT rights advocates in Japan hope that the partnership certificates, which are available to anyone over 18 who lives or works in Tokyo, will help to normalize same-sex relationships in the public, and most importantly the political eye.

Soyoka Yamamoto – an LGBT rights campaigner who was among the first to collect her certificate on Tuesday – told reporters she sincerely hoped “we can accelerate efforts to create a society where the rights of sexual minorities can be protected, and made more equal”.

Polling indicates that nearly 60 percent of citizens support same-sex marriage in Japan, with less than 40 percent against it. It is only a matter of time until LGBT rights in Japan catch up with the rest of the developed world.