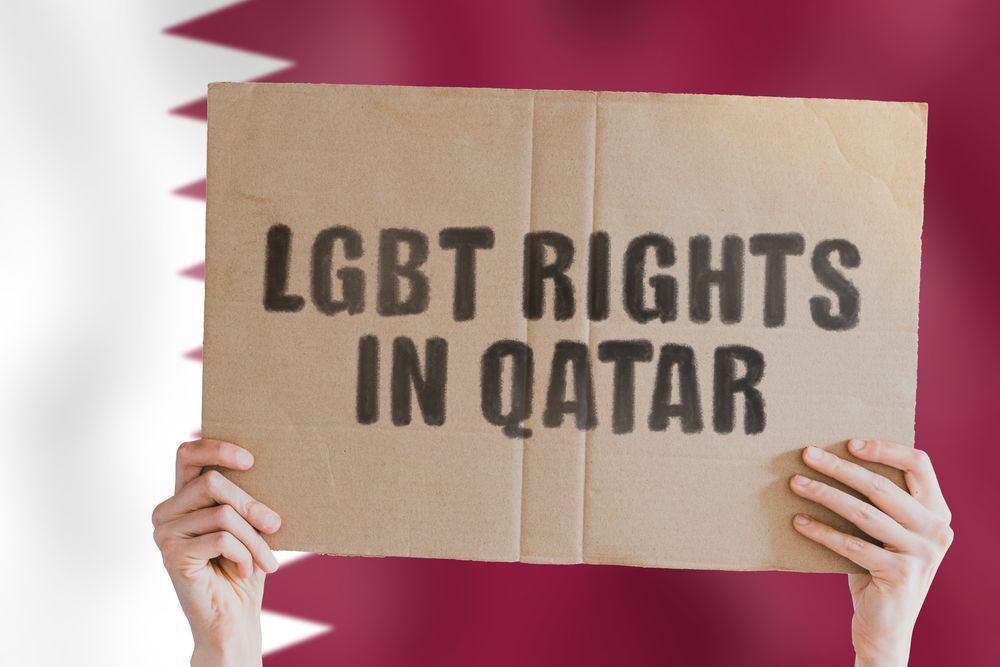 Qatar police are detaining and abusing LGBT people, according to a Human Rights Watch report released in advance of the World Cup next month.

Homosexuality has been illegal for men in Qatar since before it was Qatar, which made their selection to host the 2022 FIFA World Cup a controversy. FIFA President Sepp Blatter made it plain that was not a concern of the organization in 2010. When a reporter asked him about the matter, he responded by joking that gay football fans in Qatar should just “refrain from any sexual activities.” After being criticized, he did not apologize. Local authorities in Qatar have said that all fans, gay or straight, should abstain from any public displays of affection, as they’re considered inappropriate in the orthodox Muslim culture.

Currently, many believe the World Cup is the only reason the Gulf Cooperative Countries, which include Qatar and Kuwait and several others, haven’t banned gay foreigners, as was proposed in 2013. But that doesn’t mean gay foreigners are safe. In 1998, an American citizen was sentenced to six months prison and 90 lashes for ‘homosexual activity.’

While documentation is difficult as the interior ministry does not share data with the press, the Human Rights Watch has been given testimony and evidence by six people – one gay man, one bisexual woman, and four transgender women – that they were detained by Qatar police without being formally charged, and physically abused in prison.

“One woman said she lost consciousness. Security officers also inflicted verbal abuse, extracted forced confessions, and denied detainees access to legal counsel, family, and medical care,” the report includes. One of the transgender women, sentenced incorrectly as a man, was held twice for a total of three and a half months, with daily beatings and sexual abuse.

HRW is releasing this report now to call on FIFA to use their influence to press for reform in Qatar.