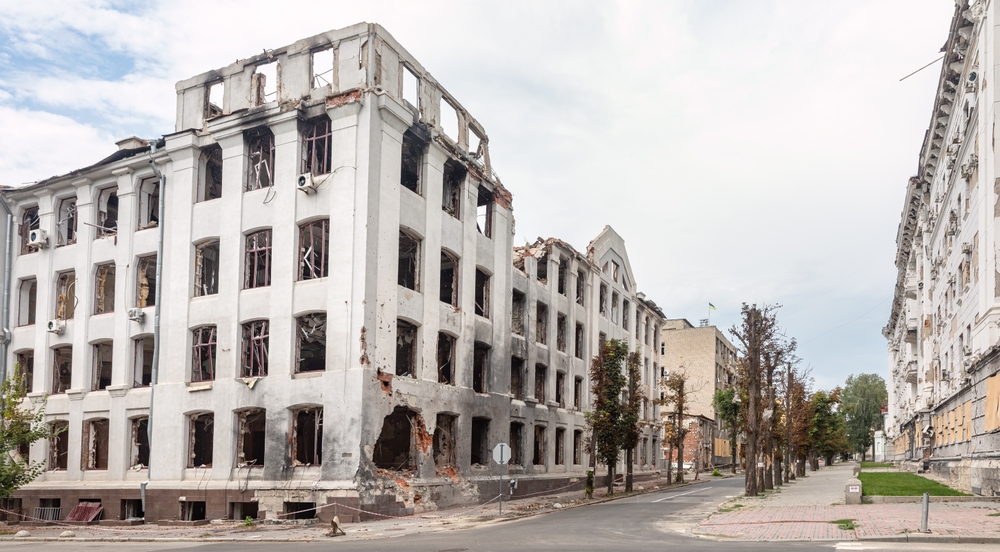 Kharkiv had its pride parade, stepping over bomb damage in the streets as the LGBT population of Ukraine worried about what will come next.

Ukraine doesn’t recognize any kind of same-sex union, bans same-sex couples from adopting, refused to back an EU domestic violence treaty because it included provisions for same-sex couples, and classifies being trangender as a mental illness. Same-sex sexual activity has only been legal since 1991, and there are ‘public decency’ laws which only seem to be used against men who dare kiss in public. But LGBT people across the country still march in Pride parades, asserting their right to exist.

In Kharkiv, the second-largest city in Ukraine, Pride went forward last week. As much because of the war as in spite of it. As many difficulties lie in the path of Ukrainian LGBT people, they all know it will be worse under Russia.

“Pride is not a holiday,” said Ruslana Hnatchenko, a member of Sphere, a feminist lesbian organization which co-ordinates KharkivPride. “Yes, it’s a celebration of identity and it’s pride in who we are but … [It’s] about struggle, [it’s] about resistance.”

This year’s Pride put heavy emphasis on a renewed call for marriage rights for all. The issue is even more critical in a time of war, when a spouse can take care of personal affairs for their soldier partner, or claim their effects should the worst happen.

Without marriage equality, LGBTQ Ukrainians are also being prevented from making decisions about an injured partner’s health; caring for the children of a partner who is away fighting, or injured or killed in battle; and they don’t have the right to make funeral arrangements for a partner killed in action. A same-sex partner doesn’t even currently have the right to be told if their significant other is killed.

Last month, Ukrainian President Volodymyr Zelenskyy addressed the issue of same-sex marriage, but said that it would not happen during the term of the war.