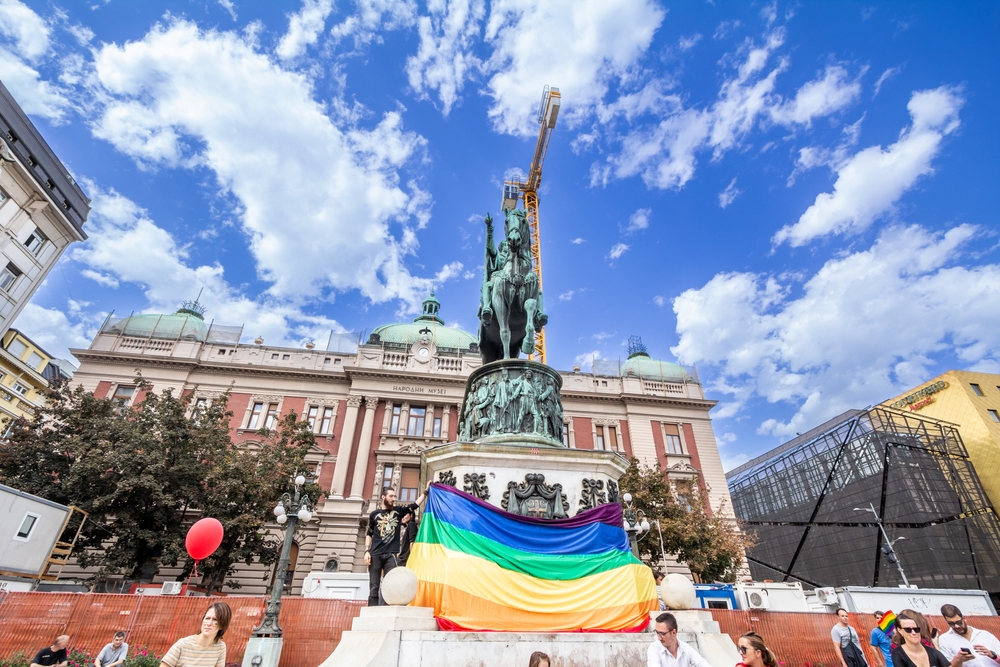 EuroPride rally banned in Serbia, just a few days before its debut in the country. Authorities are saying it’s just not safe.

The EuroPride march is held in a different country each year, and has been since 1992. The pan-European international celebration of LGBT progress was held in Copenhagen last year, and is scheduled to be held in Belgrade this Saturday. But citing security concerns, the Serbian minister of the interior has forbidden the march.

“Senseless conflicts on the streets of Belgrade would … endanger the safety of the participants of the march, as well as other citizens,” said the interior minister, Aleksandar Vulin.

The conflict to which Vulin is referring is several counter-protests, announced to happen on the same day. The announcement comes just days after an anti-pride demonstration was allowed to proceed in Belgrade, with clergy, gang members, and far-right nationalists marching together to oppose EuroPride and LGBT rights in general.

While last-minute, the cancellation was not unexpected. In late August, Serbian President Aleksandar Vučić called for the march to be suspended. He pointed at a variety of other reasons, including tensions with Kosovo and public concerns over energy and food shortages related to the Russian war on Ukraine.

Belgrade Pride, the organization which hosts a smaller Pride celebration every year and was set to host this event, has said they will go through legal means to fight the decision. Individuals in the organization have stated that they will march with or without official approval.

Belgrade Pride has been the target of violence before. In 2001 and 2010, riots surrounded the march as far-right groups attended to cause trouble. In 2011, authorities tried to use the violence as a reason to ban further Pride celebrations, but the Constitutional Court of Serbia ruled that such a ban violated the people’s rights.

Pride Festivals still have important work to do in Serbia. The traditionalist country has decriminalized same-sex relationships only in 1994, and same-sex marriage is not yet legalized.