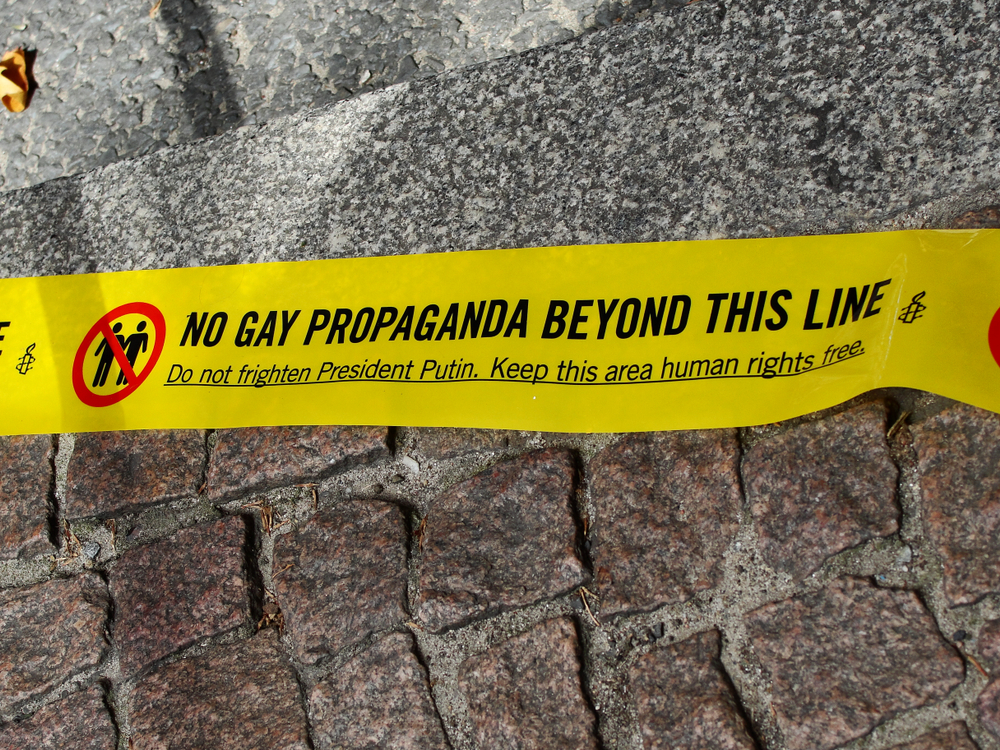 Homophobic Russian law to be expanded, if current lawmakers have their way.

Russia passed their existing law targeting “gay propaganda” in 2013. It bans any “promotion” of homosexuality or transgenderism to minors, with a vague definition of promotion that has been used to stop any public LGBT presence. The law has stopped Pride marches, and been used to detain queer rights activists or just citizens who dared to kiss their partner in public.

According to LGBTQ activists, Russian police have sent minors into adults-only queer events so they could use the law to raid gay bars, private parties, or support groups.

Soon, they may not even have to bother with that.

Lawmakers are proposing changes to the law that would make “promotion” of homosexuality among adults a crime as well, one which would incur a fine.

“We propose to generally extend the ban on such propaganda regardless of the age of the audience (offline, in the media, on the internet, social networks and online cinemas),” the head of the State Duma’s information committee, Alexander Khinshtein, said on his Telegram social media channel on Monday.

Authorities say the change is “defending morality” against the more liberal values of the West. Anti-LGBT sentiments have been high in Russia for over a decade, and stoked recently by Russia quitting the Council of Europe human rights commission after invading Ukraine.

“Before the gay propaganda law, LGBT people would not have been openly attacked in broad daylight … but now they don’t feel safe on the streets or even talking to people online,” said Tanya Cooper, a Russian researcher for Human Rights Watch.

“Demands to legalize same-sex marriages in Russia are a thing of the past,” said Vyacheslav Volodin, Russia’s parliamentary speaker last week. “Attempts to impose alien values on our society have failed.”

Russia only decriminalized homosexuality in 1993, and ratified a new constitution in 2020 that strictly defined marriage as being between a man and a woman. Many view the expansion of this homophobic Russian law as effectively a recriminalization.