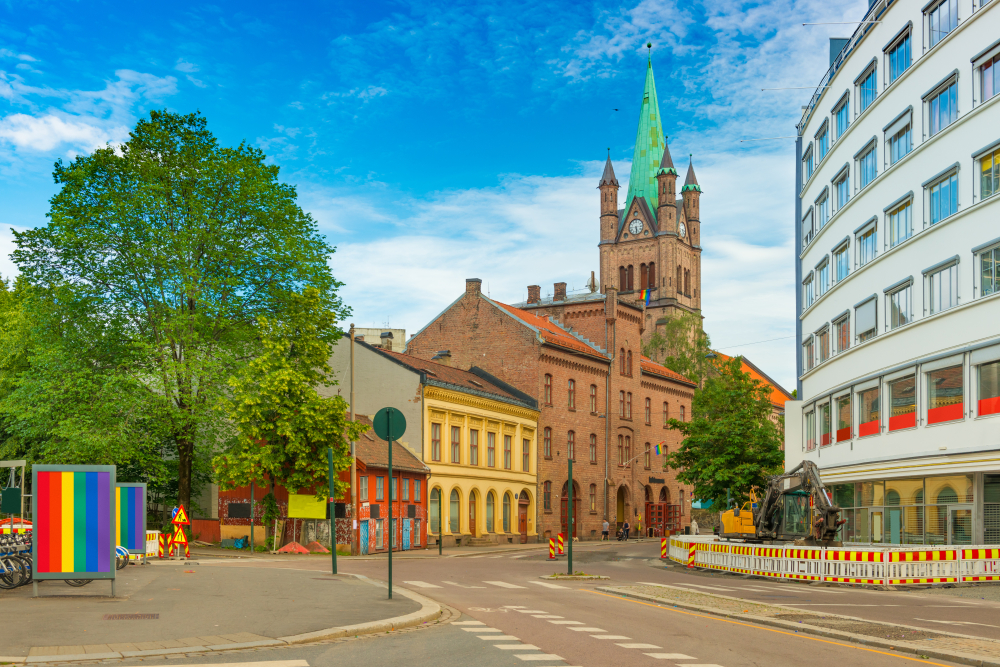 Around 1am in the London Pub, Oslo’s self-styled “gay headquarters since 1979,” a man arrived with a bag. According to a witness, while still outside the pub, he pulled a weapon out and began shooting. He also opened fire in a second bar and a fast-food restaurant before he was arrested by Oslo police.

Police believe the man acted alone, but Norwegian authorities raised the country’s official terror threat meter to its highest level in response to the shooting. Norway is not accustomed to mass shootings – including this one, there have been four since 1988, and only three with fatalities. One survivor of Saturday’ attack had also been involved in Norway’s last mass shooting, in 2011 when a man killed 77 people in Europe’s deadliest mass shooting. That event led to the country banning semiautomatic weapons.

The suspect has been identified as a 42-year-old Norwegian citizen brought into the country as a child from Iran, who was known to police. A police attorney has said he’s being held on suspicion of murder, attempted murder, and because he moved to target people at multiple locations, terrorism.

“Our overall assessment is that there are grounds to believe that he wanted to cause grave fear in the population,” the attorney said, adding that they were also investigating his medical history.

Many are assuming this to have been a hate crime, since the first target was a well-known gay bar, and later that same day was to have been Oslo’s Pride parade. Organizers canceled the parade on recommendation of Oslo police, but many people turned up to march anyway, turning what was supposed to be a jubilant event into a memorial.

Norway’s Crown Prince Haakon came out on Saturday, along with his family and Prime Minister Jonas Gahr Stoer, to lay roses at the site of one of the attacks.