Rainbows in the White House 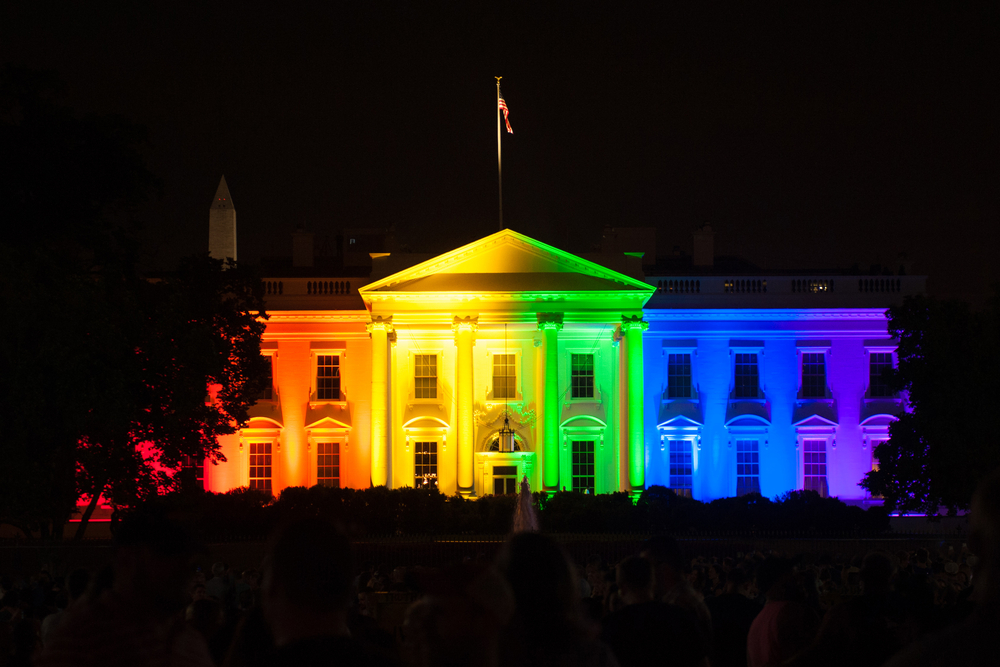 Rainbows in the White House this month, as President Joe Biden’s administration makes a point of celebrating Pride Month with action, not just lights.

2022 has been a rough year for the LGBTQ community, as bigotry of all forms surges in the U.S. According to the Human Rights Campaign, which tracks such things, over 300 anti-LGBTQ bills have been proposed in 28 states this year.

Eight more states have actually passed those laws. Laws banning trans children from playing sports, or from being given proper physical and mental health care. Laws prohibiting teachers from mentioning their same-sex spouses or telling their gay or questioning students that what they’re feeling is not a sign that they are broken or unlovable.

The proliferation of anti-LGBTQ bills – some of them so thoughtlessly written that a proposed bill in Idaho meant to ban gender-affirming surgery would also technically ban haircuts, almost all plastic surgery, surgical cancer treatment, and circumcision – feels like a hopeless hill to climb for many. Young queer adults today grew up on the ‘It Gets Better’ campaign. And many feel like it has only gotten worse.

“These bills are targeting kids in classrooms and families in their homes, which is why this Pride Month we will be focused on protecting, uplifting, and supporting LGBTQI+ children and families,” a White House spokesperson said about Biden’s Pride plans.

Biden is calling on Congress to pass the Equality Act, expanding federal civil rights law to prevent most of what the anti-LGBTQ laws are trying to do. Which is, at heart, to make LGBTQ people disappear. Bathroom laws and laws prohibiting trans kids from playing in sports don’t protect anyone, they just make it unsafe for trans people to exist in public spaces. Florida’s Don’t Say Gay law won’t prevent grooming, and it won’t make a single queer person cis or straight. But it will keep them from talking about their life in public. (And it will protect groomers, since it bans schools from teaching young children about their right to control who touches them.)

Lighting up rainbows in the White House might not help anyone. But the Equality Act will, if it comes through.