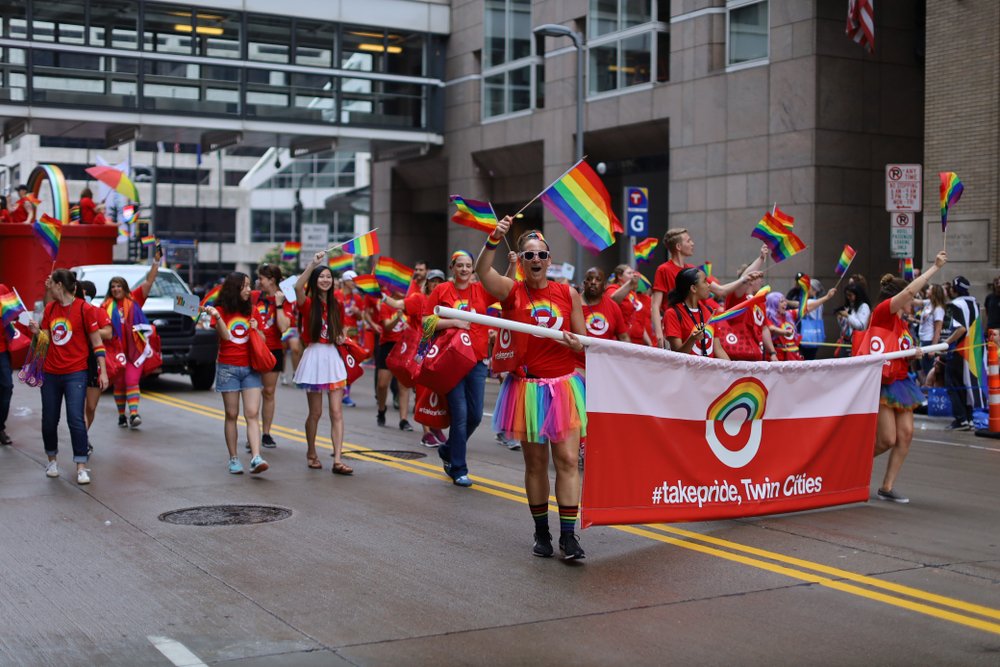 That’s a quote from a video tweeted by right-wing extremist Ethan Schmidt, already banned from the Arizona state capitol building for harassing lawmakers and staff over masks. Presumably, he’s focusing on Target due to their Pride line of merchandise and pro-LGBT policies, such as inclusive bathrooms.

Schmidt has shared airtime with GOP politicians like Kari Lake (candidate for AZ governor, endorsed by Trump), Wendy Rogers (sitting Arizona state senator, censured for calling for public execution of Democrats), and Paul Gosar (sitting representative for Arizona, censured for posting ‘satirical’ animated clips of himself killing Alexandria Ocasio-Cortez and President Biden). While Schmidt is less politician than social media bully, he’s made his political stance clear, as have they. All three politicians above gave him smiles, interviews, and photo ops, even after he’d stood in the Arizona capitol building screaming at black Democrat Minority Leader Reginald Bolding, demanding to know why he was wearing a “slave muzzle” (a paper surgical mask), and throwing a Nazi salute while shouting “Hail Fauci.” In the case of Rogers, the photo op was less than an hour later, as security escorted Schmidt off Capitol Grounds.

His latest outrage is an escalation from that. There’s no way to interpret his tweet as anything other than a direct threat of violence. And in Arizona, merely the threat is considered felony assault. But it would be too much to hope this Republican terrorist be charged with a hate crime too – Arizona doesn’t typically prosecute sexuality-based crimes as hate crimes.