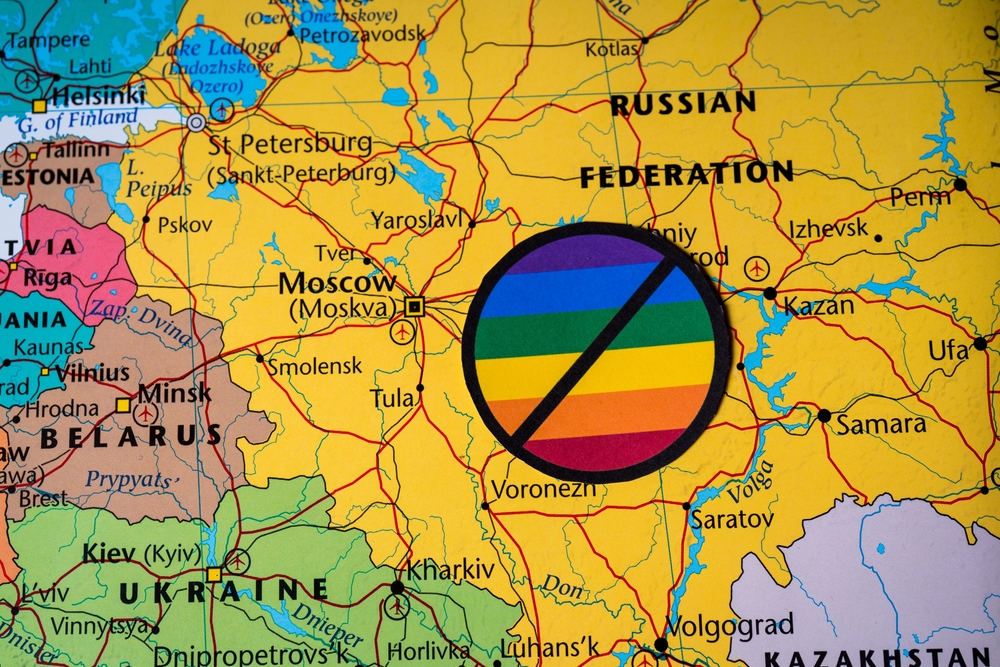 Back in February, the Russian government attempted to force a liquidation of the Russian LGBT Network and its parent nonprofit, the Charitable Sphere Foundation. Based in St. Petersburg, the organization is known for leading protest actions against Russia’s anti-LGBT policies, and against government-sanctioned actions such as the anti-gay purge in Chechnya and the 2013 ‘gay propaganda’ law which prohibits the intentionally vague ‘promotion of nontraditional sexual relations to minors,’ which has been enforced as anything pro-LGBT where a child might happen to see it, such as a flag in the front window of your house or a rainbow sticker on your car.

Following the failed liquidation, Russia’s Justice Ministry sued the Charitable Sphere Foundation for illegally carrying out “political activities using foreign property,” and for spreading LGBT views and engaging in activities that don’t align with traditional values. On Thursday, a St. Petersburg court found in favor of the Justice Ministry.

”It should be clear that the ministry and the court made this decision not on legal, but on ideological basis,” wrote Igor Kochetkov, former director of the Russian LGBT Network, on social media. “No Russian law prohibits the activity of organizations that ‘do not correspond’ to any values. There is simply no such basis in the law for the liquidation of NGOs. In this sense, the decision of the court is iconic — mandatory state ideology has returned. It is now official.” (Translation from Russian provided by Facebook.)

“We are planning to appeal the judge’s ruling, as we see this case as key one for LGBT+ movement in the history of modern Russia,” Charitable Sphere Foundation spokesperson Dilya Gafurova said in an email. “Ideology should not prevail over law, and the Russian government should recognize LGBT+ people as a social group, as its own citizens who exist and whose rights need and can be protected.”