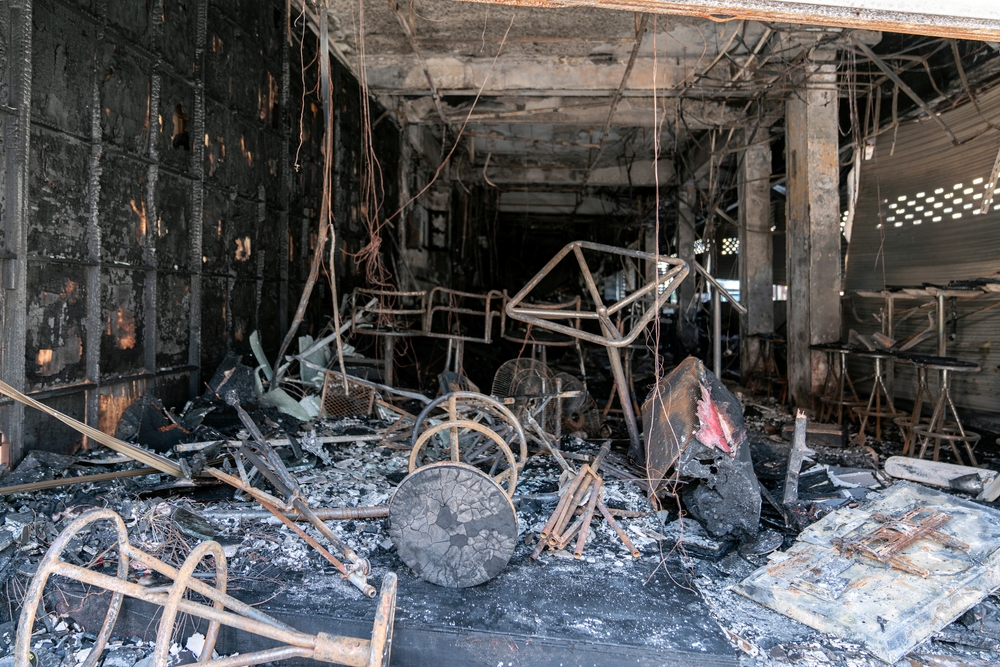 The Rash Bar in Brooklyn, an LGBT nightclub, was set ablaze by an arsonist during open hours, resulting in two injuries and much damage.

Around nine on Sunday evening, witnesses saw a man wearing a blue surgical mask, dark hoodie and jeans, and a backpack walk into the bar and begin pouring clear liquid on the floor. He set the gas canister on the bar counter, and tossed down a lit match or lighter. Instant fireball.

Fortunately, nine was too early for the nightclub crowd, and the bar was sparsely populated at the time.

“I was standing right here actually when it happened, I had just stepped out,” said owner Claire Bendiner, who also bartends. “Everyone rushed out. The side door has a glass front and I looked over and saw flames to the top of ceiling. It was crazy, it happened so fast.”

The Rash Bar has only been open for five months, but it’s known for being a packed house late at night. While the place was not close to full so early, two employees were seriously burned, and the interior of the bar has been comprehensively smoke-damaged. The two employees are still in the hospital.

Bendiner and Jake Sillen, her co-owner, have launched a GoFundMe to help pay for repairs, wages while they’re closed, and the medical bills of their two employees, which can be found here. As of this writing, they’ve raised $51,000, a quarter of their goal.

“We still don’t know what to make of this cruel act of violence. In only five short months we were privileged to become home to such a talented and vital community of artists. It breaks our hearts that anyone would seek to threaten that for any reason,” wrote the bar’s owners.

The suspect, still unidentified, fled immediately. Police have found a video of someone filling a similar gas canister at a nearby gas station, but say they have not found anything so far to confirm the man’s identity. There is also no word yet as to whether or not this is a targeted hate crime.