LGBT Ukrainians On the Front Lines 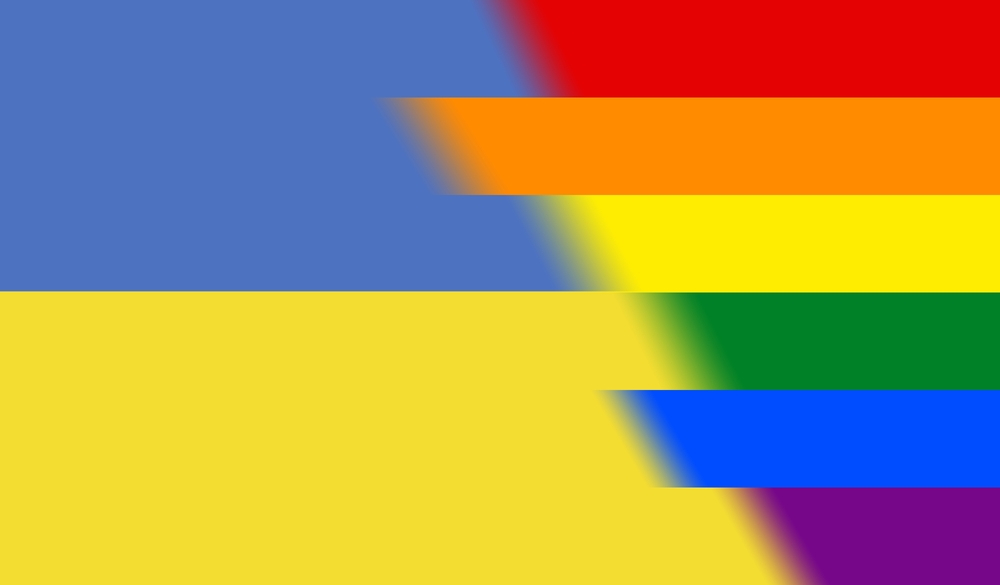 LGBT Ukrainians fight for a country that disdains them, because Russia is certainly worse.

Ukraine decriminalized same-sex sexual activity in the 1990s and allows trans people over 25 to legally change their gender, allows LGBT people to serve in the military and protects their rights in employment, but the Ukraine constitution was amended only recently to specifically ban any recognition of same-sex marriage or civil partnership. And while single people’s rights to adopt children or seek fertility services are protected, same-sex couples are banned from either path to being parents. The country’s government is heavily traditional and religious, and LGBT people there currently see no path forward towards basic human rights.

They are still fighting to protect Ukraine, because as bad as the discrimination they face there now is, Russia is far, far worse.

“Hate crimes, attacks, intimidation of LGBTQI activists are already common in Ukraine—a potential Russian invasion could result in more extreme violence and persecution of LGBTQI people there,” said Sebastian Rocca, founder and CEO of Micro Rainbow, a nonprofit that runs safe houses in the United Kingdom for LGBT refugees and asylum seekers. “It is likely that LGBTQI people might need to move or to hide.”

Russia provides no legal protections against discrimination for LGBT people, and violence against them is not considered a hate crime. In 2006, it became a crime to expose minors to anything regarding LGBT relationships, a bludgeon of a legal tool that has been used to ban pride parades and pro-LGBT political discussion, and to decriminalize anti-LGBT violence.

What LGBT Ukrainians fear most is becoming like Chechnya, where anti-gay purges have seen gay men tortured, killed, and vanished, all encouraged by Russia. The head of the Chechen government at the time, Ramzan Kadyr, only denied the purges by saying that it was impossible for gay men to be under attack in Chechnya because any gay men in Chechnya would have already been killed by their families.