A Gay Teacher Will Have His Day in Court 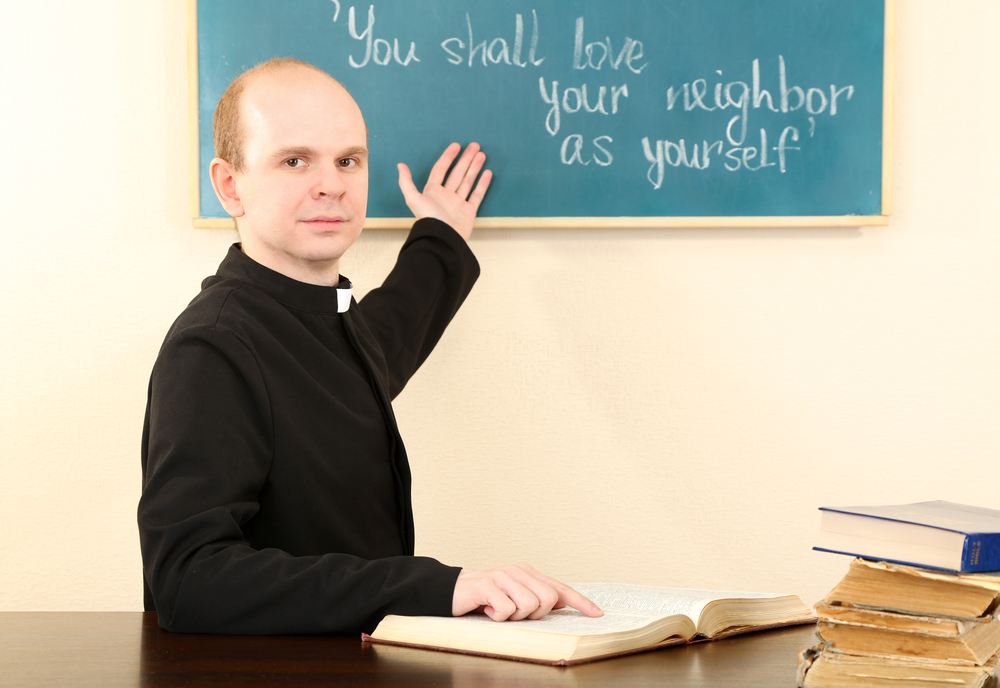 Joshua Payne-Elliott, who teaches world languages and social studies, worked at Cathedral High School in Indianapolis from 2006 to 2019, under contract with the school. In 2017, he married his husband Layton, a teacher at another school in the same archdiocese, Brebeuf Jesuit Preparatory School.

Their marriage put them in the middle of a fight between their two schools and the Archdiocese of Indianapolis, which governed both schools but officially ran neither. The schools themselves did not wish to fire either man. But Layton was fired first, after the Archdiocese threatened to strip Brebeuf of its status as a Catholic school. Joshua was fired from Cathedral in 2019, when the archdiocese issued a mandate that all Catholic schools associated with it enforce “morality clauses” that allow a gay teacher, but not a married gay teacher.

Payne-Elliott’s case against the Archdiocese is centered around the fact that his employment contract was with the school, not the church, and that the church illegally interfered with his employment relationship with Cathedral. The church’s stance is that they have a First Amendment right to manage their own “internal church matters” without interference from a “secular court.”

Payne-Elliot’s first case was dismissed with prejudice in May, on a technical matter of jurisdiction. The ‘with prejudice’ would have barred it from being refiled, but an appeals panel of three judges has reversed that dismissal. His lawsuit will be heard, along with that of two other lawsuits fired by other educators fired because of pressure from the Archdiocese over who they married.

The friction between the rights of LGBT citizens as a protected class and religion as a protected institution is not going to resolve soon. But no church was ever harmed by allowing a gay man to have a job. The law should always come on the side of protecting the human, not the estate.