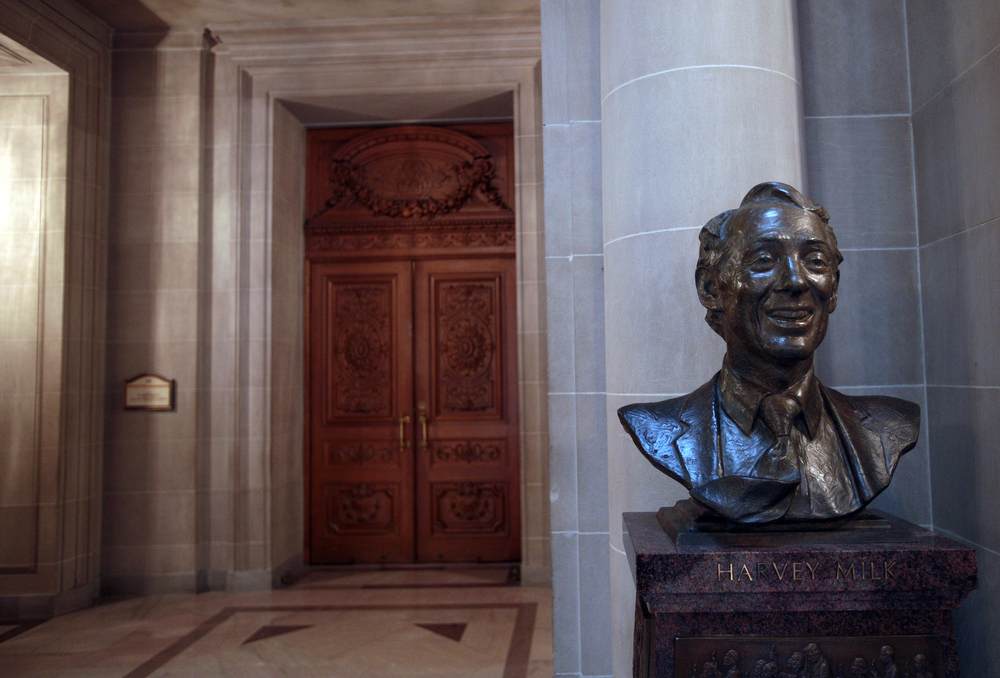 The USNS Harvey Milk was launched this Saturday, the first navy vessel named after a gay veteran.

Harvey Milk was a diving officer for the U.S. Navy during the Korean War. He served about the submarine rescue ship USS Kittiwake, diving to rescue trapped service men in disabled submarines. Later he transferred to Naval Station San Diego to teach diving. He was a lieutenant when a commanding officer saw him at a park popular with gay men.

Milk was questioned about his sexuality, and then he was forced to resign from the Navy in 1955 under the threat of a court martial for sodomy if he didn’t. He was given an ‘Other Than Honorable’ discharge, the Navy’s way of saying he hadn’t been charged with a crime, but that the organization had washed its hands of him. It was a typical treatment for outed gay servicemen of the time. He had to forge papers for an honorable discharge to find work.

In 1977, Harvey Milk entered politics and was elected to San Francisco’s Board of Supervisors.

There, he worked on legislation to protect the gay community, including an effort to establish the first U.S. ban on housing and employment discrimination against queer people. He succeeded at defeating Proposition 6, which would have banned LGBT people from teaching in California.

In 1978, Milk and Mayor George Moscone were murdered over a job dispute. His killer was given only seven years for their murders, and served only five.

The USNS Harvey Milk is a replenishment oiler, a mobile refueling station for aircraft carriers at sea. Other oilers in the same lass are named after other civil rights icons such as Sojourner Truth and Lucy Stone.

“He made a difference. That’s the kind of naval leader that we need,” said Secretary of the Navy Carlos Del Toro of Milk during the christening ceremony.

In recent years, many LGBT veterans wrongfully discharged have been able to have their names cleared and their benefits properly restored, after President Obama repealed the “Don’t Ask, Don’t Tell,” policy of the armed forces in 2011.