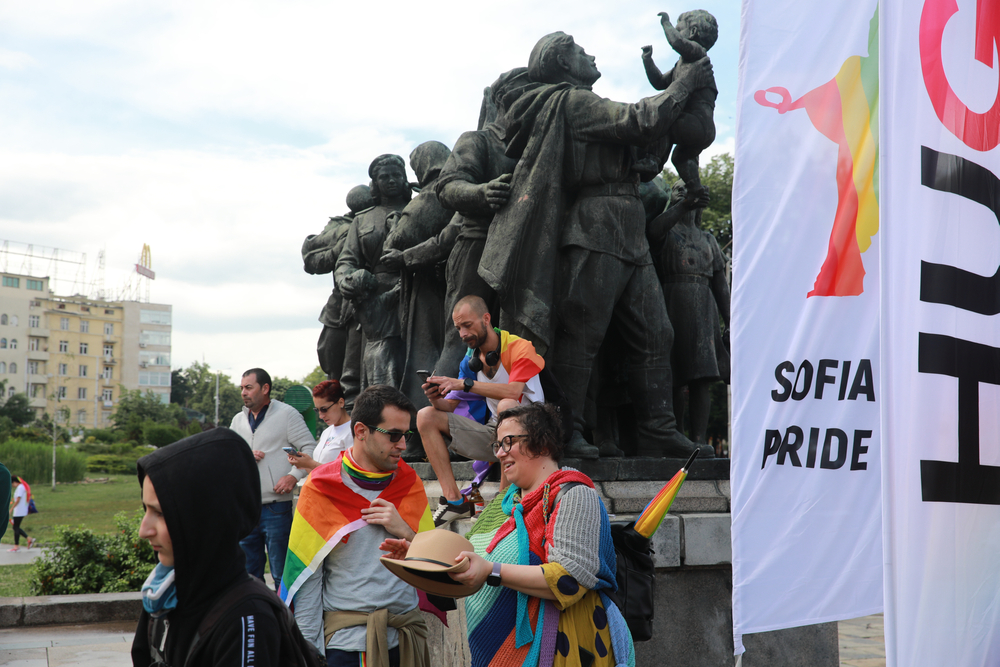 The Rainbow Hub in Sofia, Bulgaria, was the site of a violent mob attack on October 30, and it may have included a candidate for the country’s president. Not as a victim–but as a perpetrator.

The Rainbow Hub, set in an apartment block, is a center for the LGBT community. It’s run by the Bilitis Foundation and Gays and Lesbians Accepted in Society (GLAS). The night of the attack, the center was hosting a small community gathering – only seven people. The doorbell rang, and when a member answered it, a group of ten men forced its way in.

Gloriya Filopova, the Rainbow Hub’s project coordinator, immediately recognized Boyan Rasate, a well-known extreme-right political figure. Rasate is on the ballot for the country’s presidential election to be held later this month.

“I started shouting, ‘No!’ to stop them from coming in,” explained Filipova. “He [Rasate] hit me and just kept coming. Everyone else followed him in.”

The men began destroying property, smashing furniture and spraying black paint around. The Rainbow Hub had been broadcasting their meeting to an eighth member, and the mob smashed the laptop being used to broadcast.

“They just started throwing and breaking things, destroying kitchen cabinets, while shouting that we were corrupting children,” said Filipova. “[Rasate] stopped in front of me, and that scared me because he had already hit me once and I didn’t know if he would strike me again. I told him they had done their job and could leave. He said, ‘No, I still have one more job,’ and pulled out a knife.”

Fortunately, he didn’t mean further physical assault. Instead, he slashed the tires on the scooter of one of the group members and left with his mob.

Rasate has been charged with “acts that grossly violate public order,” and has had any political immunity officially lifted by the Central Election Commission. If convicted, the crime carries a maximum sentence of only five years.