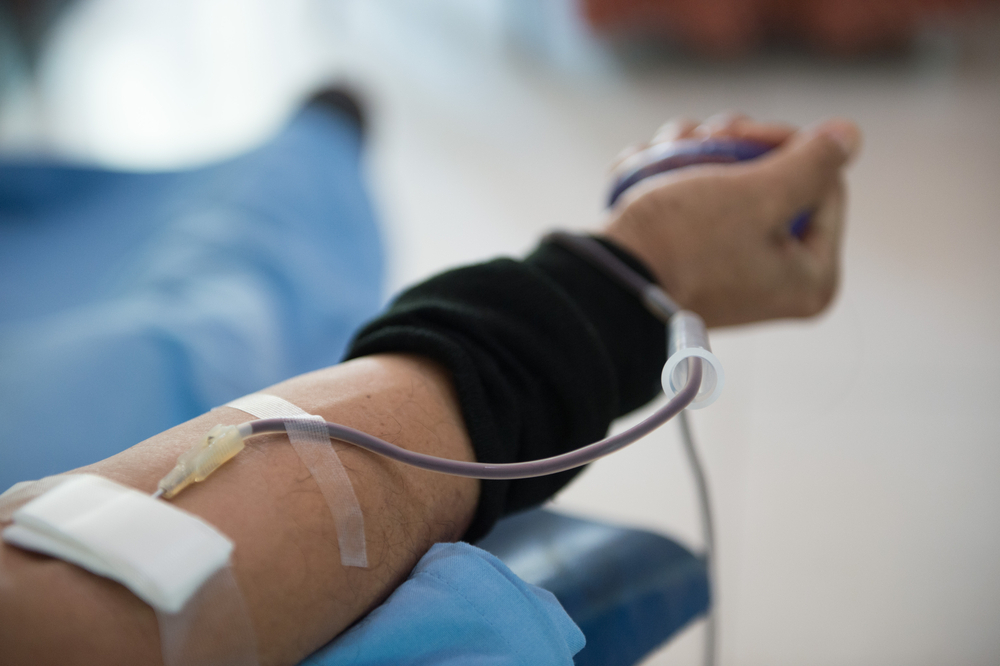 Nitzan Horowitz was thrilled to donate blood on Tuesday, October 26th. It’s the first time he’s ever been able to, because until this week, Israel, like many countries, banned gay men from donating blood. Nitzan Horowitz is also, coincidentally enough, Israel’s Health Minister.

“There is no difference between blood and blood,” said Horowitz while in the donation chair. “The ban on gays donating blood was the remnant of a stereotype that should be left in history. Any blood donor seeking to save lives will receive the same treatment, regardless of his gender or sexual orientation.”

The removal of the restriction was announced in August, but little progress was made until Horowitz pushed health care centers to change the forms needing to be filled out by donors.

The ban on gay men from donating blood, which is common in many countries, is often attributed to the threat of HIV, but ironically, most cases of HIV outside the United States are actually seen in heterosexual women. All donated blood is tested, anyway, which is much more reliable than information on a self-reported medical form.

“The blood of hundreds of thousands of citizens is not second class,” said the Association for LGBTQ Equality in Israel in a statement lauding the decision.

HIV is nearly eradicated in Israel, as well, with fewer than 400 cases in the country and dropping.

In 2020, the United States changed regulations to allow gay men and bisexual men to donate if they’ve been sexually inactive for at least six months. Britain followed suit in June of this year.