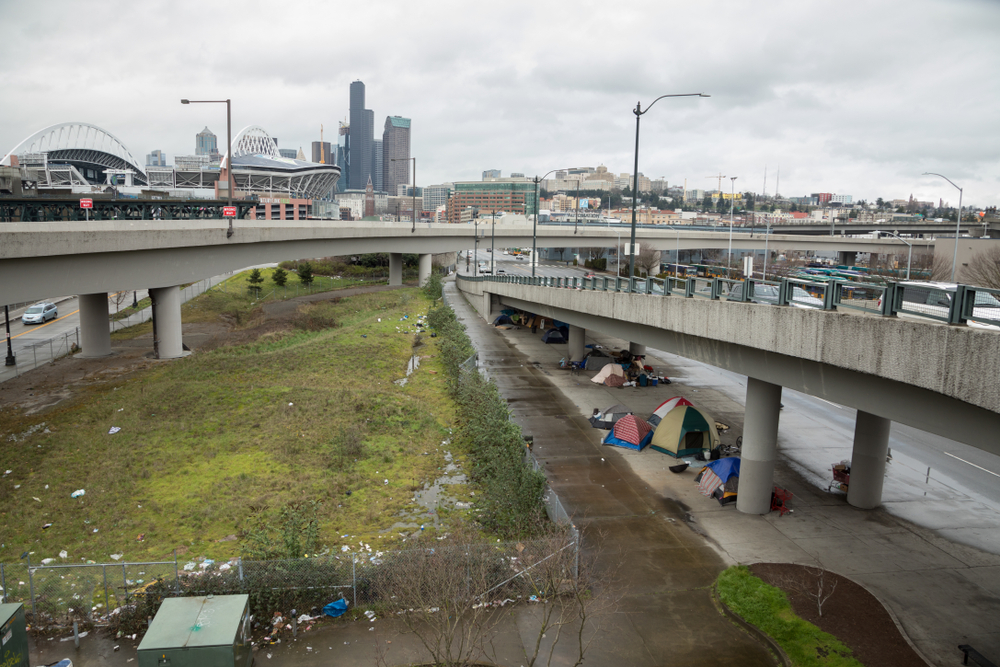 Seattle homeless camps continue to be cleared, but few of their residents wind up in shelters.

In January 2020, a one-night count tallied the Seattle homeless population at 11,751, with just over half of those staying in shelters and other housing options, and 47 percent living in cars, tents, or entirely unsheltered. That was over 5 percent higher than a similar count in 2019. Both counts are considered to be underestimations – they only include those who the census-takers actually lay eyes on.

Unapproved tent structures have sprung up throughout the city core in recent years, with encampments rising wherever people think they might be left alone or safe. Seattle’s policies regarding these camps has fluctuated – for a few years, they were ruthlessly stamped out, and lately they have been left in place so long as no violence arises.

In July 2021, a long-term camp near I-90 was cleared by police and state cleaning crews after a report of rock-throwing. The residents of the camp, approximately 40 people, were offered referrals to several nearby shelters, but none of them wound up taking the available beds.

The reasons are as varied as the reasons people are homeless in the first place.

Eric Jordan, one of those evicted from the I-90 encampment, was referred to a shelter only a few blocks away, where there were two beds open. But he didn’t regard that shelter as a choice. Going would have meant giving up his remaining possessions (most were destroyed by the cleanup crew) and the people he was staying with, who he regards as family. He was also wary of the specific shelter he would have been sent to, as it is one that allows drug users and he fears relapse if he’s around that kind of activity.

So far in 2021, about 600 referrals have been issued for Seattle homeless shelters, and they’ve resulted in approximately 300 enrollments. There are, as of this writing, fewer than 20 available beds in any King County homeless shelter or program–for over 5,000 unsheltered people.