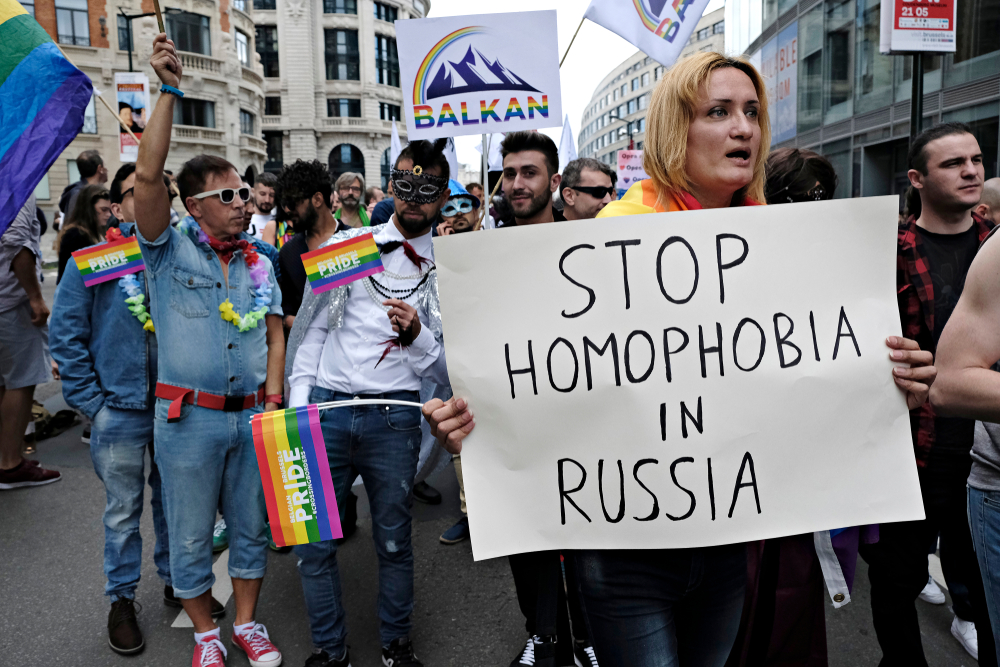 Back in July 2020, voters in anti-LGBT Russia passed a measure to amend the country’s constitution to redefine marriage and parenthood as a union between a “biological” man and woman. The measure passed with nearly 80 percent of voters in support, after years of conservative scare-tactics, political mandates, and other anti-LGBT legislature. On Wednesday, April 7th, President Vladimir Putin signed the amendment into law.

The new amendments specifically ban marriage and adoption equality for queer and transgender people and codify “a belief in God,” as a core Russian value. They also reset the term limits for current President Putin, allowing him to sit in office an additional two terms, adding as much as twelve more years to his ongoing twenty-two-year reign.

The blow to LGBT rights was not unexpected. Russia has a terrible track record regarding gay people. For almost a decade, it has been illegal to “promote” any sort of LGBT behavior, which is ambiguous enough to have been used to prosecute everything from protesting to publishing children’s books. In the run-up to the July vote, one notorious television ad showed a child being adopted from an orphanage by two men, one in women’s clothing, with the subtext that the adoption was predatory. The ad ended by asking viewers if “this is the Russia you choose.”

Teachers in St. Petersburg are required to report any LGBT symbols or support in the social media of their students to authorities. In July 2020, a brand of ice cream was censured for having a rainbow variety, which was accused of “promoting homosexual behavior among minors.” They compared the rainbow to the swastika. In January 2021, Russian law enforcement deported two refugees to the Chechen Republic. The refugees, both gay men, fled after having been tortured for LGBT activism. They have not been heard from since their deportation.

The steady stream of anti-LGBT Russian violence and legislation is a clear example of why homophobia, even as seemingly benign as “but why do they have to call it marriage?” should never be tolerated in law or politics. Anything less than equal rights leads here.