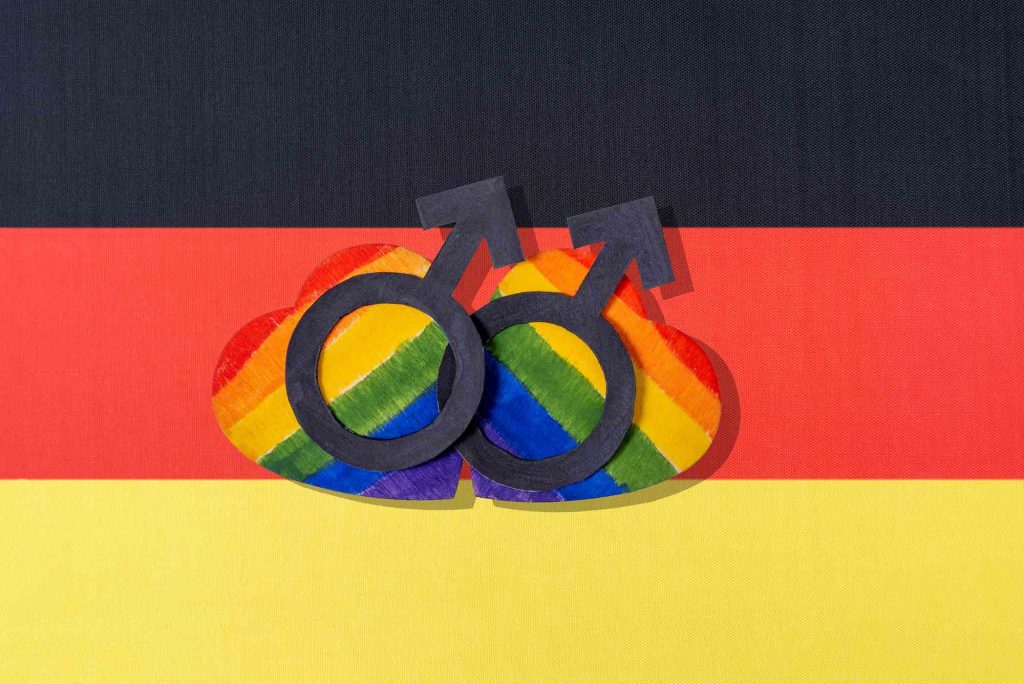 On February 5 2021, German entertainment magazine Süddeutsche Zeitung published a letter signed by 185 German actors. With their signatures, each came out as gay, lesbian, bisexual, trans, non-binary, or queer, an incredible thing in a relatively conservative sector of the entertainment industry.

Their letter called for two aspects of change in the German film industry – more LGBT+ characters with more screen-time, and a change in attitude from the industry towards LGBT+ actors.

“Until now, we have not been able to talk openly about our private lives without fearing professional consequences,” said the actors’ manifesto. “All too often, many of us have been cautioned – be it by managers, casting agents, colleagues, producers, editors, directors, etc – to keep quiet about our sexual orientations and gender identities to avoid jeopardizing our careers.

“We’ve been told that if we revealed certain facets of our identities, namely our sexual and gender identities, we would suddenly lose the ability to portray certain characters and relationships. As if the knowledge of who we are in our private lives would somehow invalidate our ability to convincingly embody roles for the audience.”

Karin Hanczewski, one of the signing actors, spoke to the magazine. “When we talked about it as a group,” they said, “it suddenly became clear that this was how we could change something – as a group, as a big group.”

The letter announces the launch of the Act Out campaign, which encourages others in the German entertainment industry to also come out, to demand change, protection, and equal opportunities for LGBT+ actors.

“Reality should be as diverse on screen as it is in real life,” said Eva Meckback, another signatory. “Society is so much wider and more diverse than the decision-makers think.”

“Our society has long been ready,” read the letter. “The viewers are ready.”