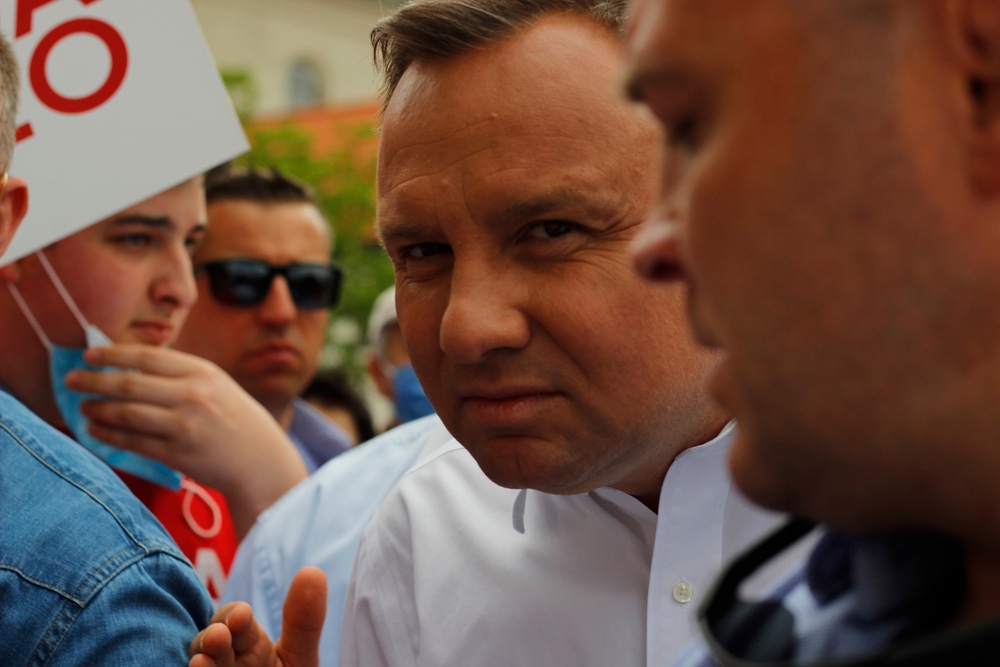 In 2019 and 2020, a large number of Polish towns have declared themselves “LGBT-Free” zones, possibly as many as a third of all towns and cities in the country. Under their current leader, Catholic Andrzej Duda, Poland has become increasingly conservative and hostile to their LGBT citizens. In his campaign, Duda called LGBTQ “ideologies” worse than Soviet-era communism, a regime which killed between 20 and 90 million people.

One of these Polish “LGBT-free” cities is Pulawy, which lies in the southeast of the country, a few hours from the border with Ukraine. The city council announced its anti-LGBT policies on July 12, along with local laws criminalizing same-sex relations that violate EU human rights protections. Overnight, stickers and posters went up all over the city reminding LGBT citizens that they’re unwelcome, and “warning” others that any who remain in the area could only possibly have predatory intent.   LGBT citizens leaving these “LGBT-free zones” for their own safety and that of their families have often tried to emigrate from Poland as a whole, seeking a safer situation in other EU nations.

Until this announcement, Pulawy had a sister city in the central Netherlands. Nieuwegein, which is near Utrecht. But immediately following Pulawy’s announcement, Nieuwegein’s City Council and their municipal executive council severed that friendly tie by letter.

“In Nieuwegein everyone is allowed to be who he or she is, regardless of his or her sexual orientation, gender, religion or ethnic origin,” said Nieuwegein alderman Marieke Schouten. “LGBT-free zones like Pulawy are really unacceptable as far as we’re concerned.”

Pulawy has not yet responded to Nieuwegein’s letter of contact.

“A friendship between cities is precisely what should give room for dialogue on these issues. It is a pity that Pulawy does not want a conversation,” said Schouten. “I am glad that the city council draws a clear line and thus clearly speaks out in favor of inclusiveness.”