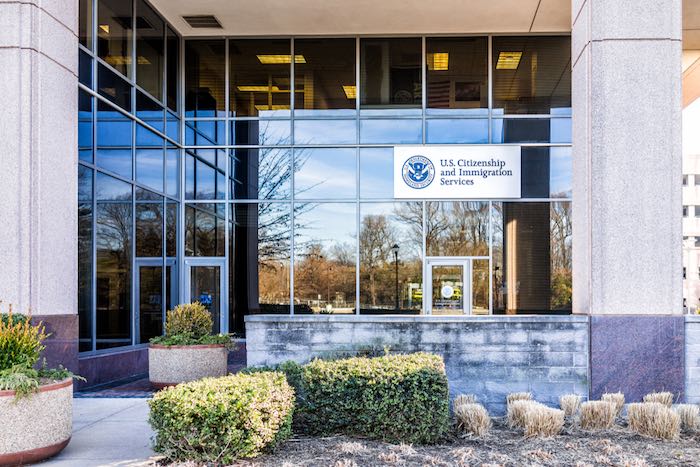 Lucio Delgado was brought to the U.S. from Mexico when he was 17. He was blind then, and he’s blind today. He uses a cane for mobility and cannot see anything at all. He was born without sight.

Now 23, he tried to take the test for U.S. Citizenship in May, 2019. They did not provide him with a test either in Braille, or in audio form, instead giving him a large-print sentence to read. Again, Delgado is entirely blind. He was told at the time to get a doctor’s note proving his condition, but he could not afford to see a doctor. Like approximately 14% of people living in America, he has no health insurance.

Just recently, more than half a year after attempting to take his test, Delgado received a letter from US Citizenship and Immigration Services (USCIS), telling him he had failed the naturalization test he never really got to take.   “Unfortunately, you were unable to read a sentence in the English language,” said the letter with exceeding politeness. “Regrettably, you were unable to achieve a passing score on the reading portion of the naturalization test.”

“I really wasn’t expecting not to be provided that very basic accommodation,” Delgado told the Washington Post in an interview. “It was quite a shocker, honestly.”

According to Delgado’s lawyer, after his story went public in the Washington Post, USCIS contacted him to offer him a chance to retake the test later this month. They now offer Braille tests, as of November 2019. Six months after all of Delgado’s dreams were nearly shot down. He was twice failed by the cracks in the system that is supposed to remove barriers for people in need of help; first by the lack of accommodation, second by the financial barrier preventing him from accessing what accommodation could be found. Hopefully, USCIS is on track to do better.