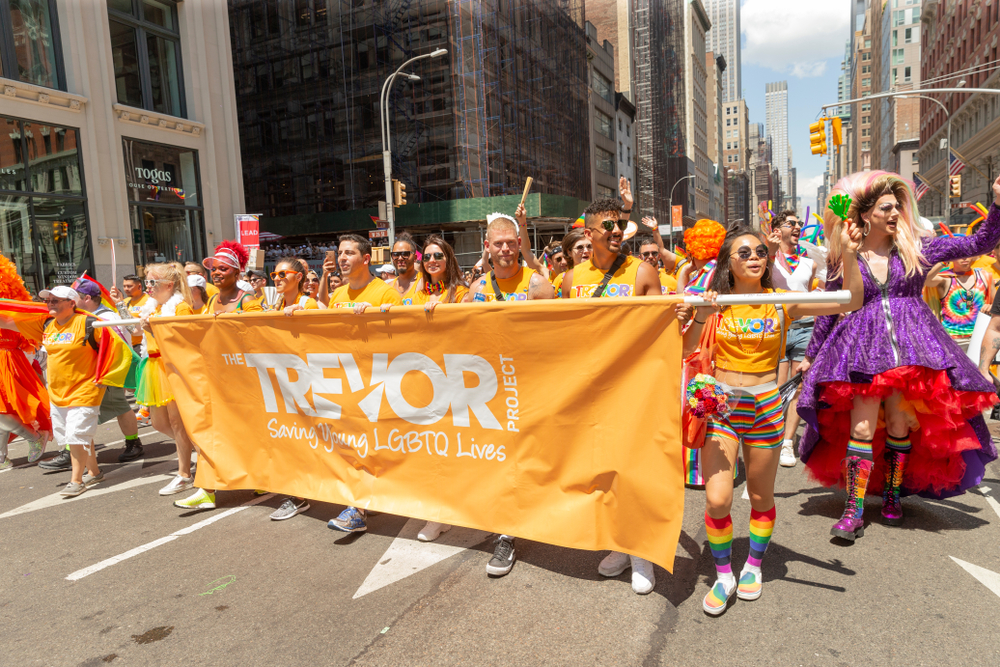 On November 17, the PwC Charitable Foundation presented the Trevor Project with a six million grant—marking the largest contribution ever made to the organization.

“The size of the grant says a great deal about the size of the problem they’re addressing,” said Seals-Coffield. “That is important and those are important lives, but that is not making a dent in the number of young people in need. So the idea of supercharging their volunteer network and getting ten times the number of people available to pick up these phones and answer these texts 24 hours a day is huge.”

On top of the six million dollar grant (which will be distributed over the course of four years), PwC will also provide $2 million in pro bono services.

“It’s a great honor for us and the foundation to be connected with this work and to do our small part to help them achieve these great outcomes,” said Seals-Coffield. “They are just an incredibly impressive group of professionals leading this work, and we’re really excited to play a small role.”

“We’re grateful to the PwC Foundation for making a bold investment in our mission to end suicide among LGBTQ youth,” said Amit Paley, CEO and executive director of the Trevor Project. “With their deep expertise and resources, this collaboration can make a significant impact on the public health crisis of LGBTQ youth suicide.”