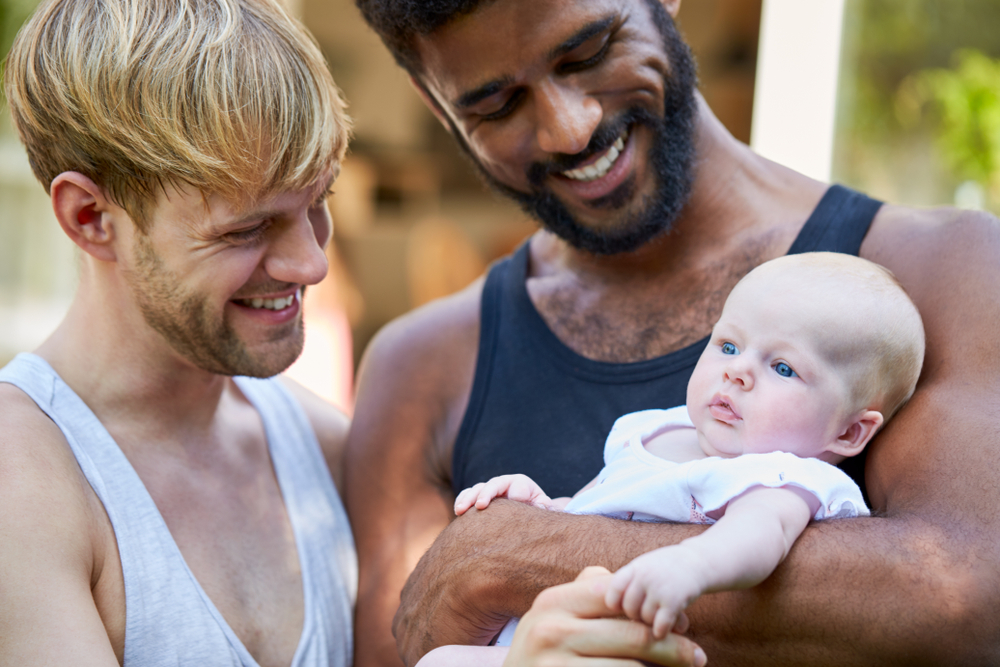 Family court statistics in the U.K. show that adoptions by same-sex couples are on the rise. In England and Wales, for example, same-sex couples comprised 12 percent of all adoptions in 2018-2019. Compare that to just seven percent five years prior.

“As adoption rates fall overall, same-sex couples are taking on more responsibility in helping children—many of them vulnerable—find loving homes,” said Jacqueline Fitzgerald, Partner and Head of Family Law at Wilsons. “As advances in science help heterosexual couples produce biological children, the demand for same-sex adoption is likely to increase.

“Celebrities have led the way in challenging and breaking down outdated perceptions of same-sex parenting that some in society have held for decades,” she added. “Being part of the LGBT community, thankfully, is no longer considered a barrier to starting a family.”

“LGBT+ people usually approach adoption pragmatically, as for most it’s their first route to parenting,” said Tor Docherty, chief executive of New Family Social. “This means they are often open to considering children who are older, have specific needs, or are part of a sibling group.

“Ultimately it’s key that these children—who’ve experienced a chaotic start in life—are matched with families who can help them understand their place in the world and value in it,” Docherty explained. “LGBT+ people navigate these issues for themselves so are well-placed to provide the love and support these vulnerable children need.”

Statistics show that same-sex couples were also more willing to adopt children with behavioral problems and those with attachment difficulties.