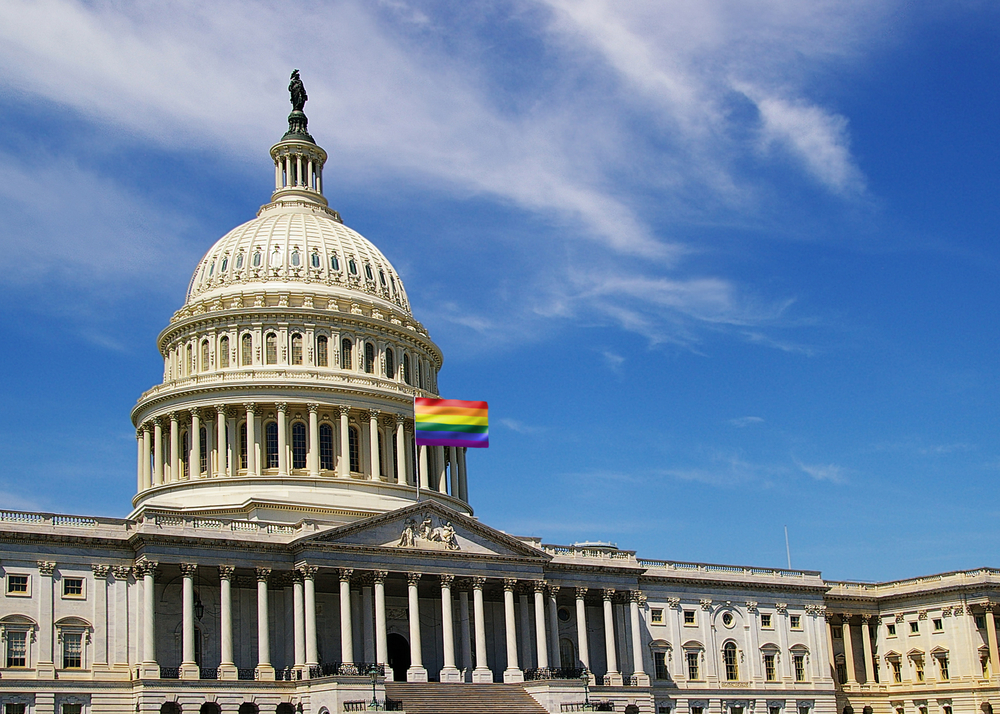 The Democrat-controlled U.S. House of Representatives has passed an anti-discrimination bill that would protect the civil rights of LGBT people across the nation. Called the Equality Act, the bill would extend existing protections to include areas such as education, employment, housing, loan applications, and public accommodations.

“Equal treatment under the law and a commitment to fairness and equality are founding values of our country,” said Rep. David N. Cicilline (D-RI), co-sponsor of the bill. “Discrimination of any kind is wrong and no one should ever be treated as less than equal because of who they are or who they love.”

The measure passed 236-173, with eight Republicans voting in support of the bill.

“Today’s passage of the Equality Act by the House is a powerful step toward a future where millions of LGBTQ Americans and their families no longer have to worry about facing discrimination at work or in their communities,” said Michele Kessler, chair of the United Food and Commercial Workers International Union (UFCW), one of the largest labor unions in the U.S. “Too many Americans live in states with outdated laws that leave our LGBTQ neighbors, friends, and family vulnerable to discrimination.”

But before the bill can become law, it must first pass the Republican-led Senate—a challenge that Democrats are fully aware of.

“We know the Equality Act faces an uphill battle in the U.S. Senate. It shouldn’t,” said Richard Burns, Interim CEO at Lambda Legal, an advocacy group that works to protect the right of the LGBT community. “LGBT Americans continue to face appalling, unjust discrimination in many aspects of their everyday lives. We know this from the thousands of calls Lambda Legal’s Help Desk gets each year from all corners of our country.”

To make matters even more challenging, President Trump is expected to veto the bill should it reach his desk.