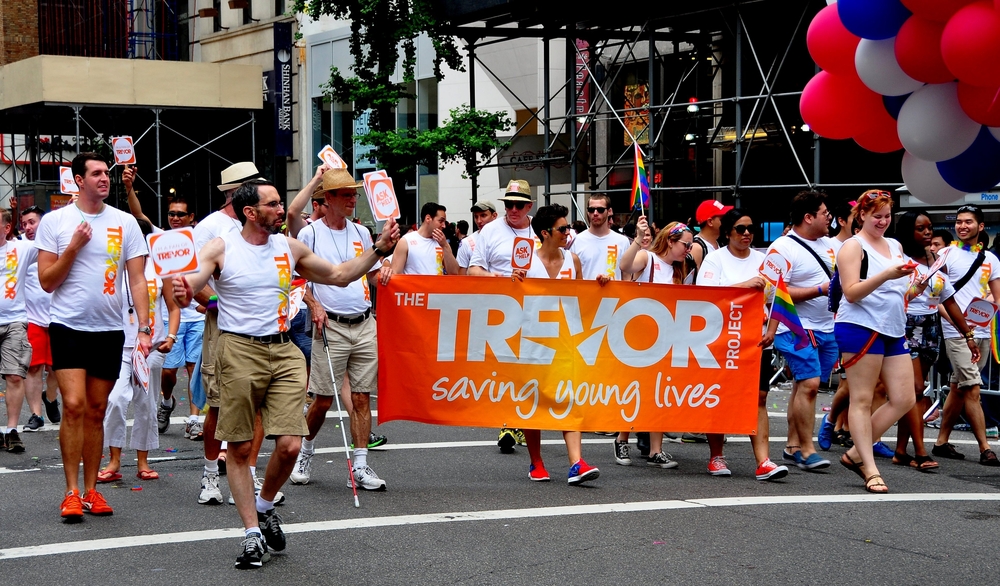 The Trevor Project is now able to save more lives than ever before, thanks to financial backing from some major corporations.

Founded in 1998, The Trevor Project has long operated a nationwide, toll-free, 24-hour suicide prevention hotline for LGBTQ youth. But now, for the first time in its 21-year history, the nonprofit is also offering 24/7 text and chat services as well.

Trevor Project officials say that the extended services are being offered with Generation Z in mind, an age demographic that refers to people born between the mid-1990s and the early 2000s. Those who grew up in this era are well acquainted with smartphones and computers, and are sometimes more comfortable communicating via text or online chat than speaking over the phone or in-person. Thus, officials hope that by increasing accessibility, they can reach more at-risk youth before it’s too late.

Of course, operating a nationwide service like this isn’t easy—or cheap. Thankfully, some very generous supporters have stepped in to help, one of which is AT&T.

“As one of the first corporate allies of the LGBTQ community, providing resources and support—whether it’s through our technology or our dedicated employees—to help save lives of LGBTQ young people is a crucial part of our mission,” said Valerie Vargas, senior vice president of AT&T’s advertising and creative services.

Other sponsors include the Coca-Cola Foundation and the Wells Fargo Foundation. Without their help, the expansion wouldn’t be possible.

Props are also due to YouTube celebrity Tyler Oakley, who is helping raise awareness about the extended services. In a newly released public service announcement, Oakley said that the services would have been helpful to him in his younger years.