Study Shows the Impact of the #MeToo Movement 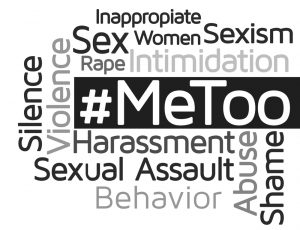 When the #MeToo movement first began to take off in October 2017, a lot of people dismissed it as a short-term trend. But a little over a year later, and conversations surrounding sexual harassment have shown no signs of slowing down. In fact, they’ve only increased.

A new study published in JAMA Internal Medicine shows that there’s been a spike in Google searches related to sexual harassment and assault ever seen actress Alyssa Milano made the #MeToo hashtag go viral.

“Our study reveals that even months after the beginning of #MeToo, millions more than otherwise expected are seeking out help for sexual violence online,” said John Ayers, senior researcher. “Revealing this record-setting and sustained engagement is a call to action for the nation.”

Ayers and his colleagues found that online queries about sexual harassment and assault were 51 percent higher than normal between Oct. 15, 2017 and June 15, 2018.

“#MeToo is not the first movement to empower victims of sexual violence, but what is unique compared to past movements is #MeToo’s staying power,” Ayers explained. “Eight months since the initiation of #MeToo, millions more than expected are seeking out help for sexual violence online. #MeToo’s sustainability, and our study alerting leaders to this, could yield major wins for the nation’s public health.”

The movement was so powerful that in January 2018, the National Women’s Law Center created the Time’s Up Legal Defense Fund to help victims of sexual harassment.

“Since then, over 3,800 people have reached out to us seeking assistance for workplace sexual harassment,” said Sharyn Tejani, director of the Time’s Up Legal Defense Fund. “People send us requests for assistance online, and so it does seem like people are using online tools. We’ve received many more requests for assistance than we ever thought we would receive.”