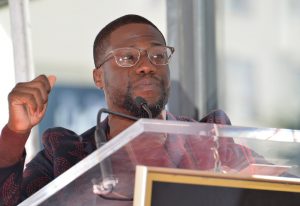 The Academy of Motion Picture Arts and Sciences has a message for Kevin Hart: it will not tolerate homophobia.

Hart, who was recently selected to host the 2019 Oscars, was forced to step down from the role after refusing to apologize for homophobic remarks he made in the past. The comedian said the Academy of Motion Picture Arts and Sciences provided him with an ultimatum: apologize or “we’re going to have to move on and find another host.”

“I chose to pass on the apology,” Hart explained in a video posted to Instagram. “The reason why I passed is because I’ve addressed this several times.”

“Yo if my son comes home & try’s 2 play with my daughters doll house I’m going 2 break it over his head & say n my voice ‘stop that’s gay.’”

According to BuzzFeed News, Hart deleted the tweet this week. But any efforts he has made to scrub his social profile are in vain, considering that the tweets have already been screen-captured and shared online.

On Thursday, LGBT+ advocacy group GLAAD said it reached out to the Academy of Motion Picture Arts and Sciences, Oscars broadcaster ABC, as well as Hart’s management to “discuss Kevin’s anti-LGBTQ rhetoric and record.”

Meanwhile, other Hollywood A-listers have expressed their dismay at Hart’s hurtful words.

“What bothers me about these is you can tell its not just a joke-there’s real truth, anger & fear behind these,” fellow comedian and actor Billy Eichner wrote on Twitter.

Actress Jamie Lee Curtis, best known for her role in the slasher/thriller “Halloween,” also criticized Hart for his remarks.

“Homophobia is not positivity,” Curtis tweeted.