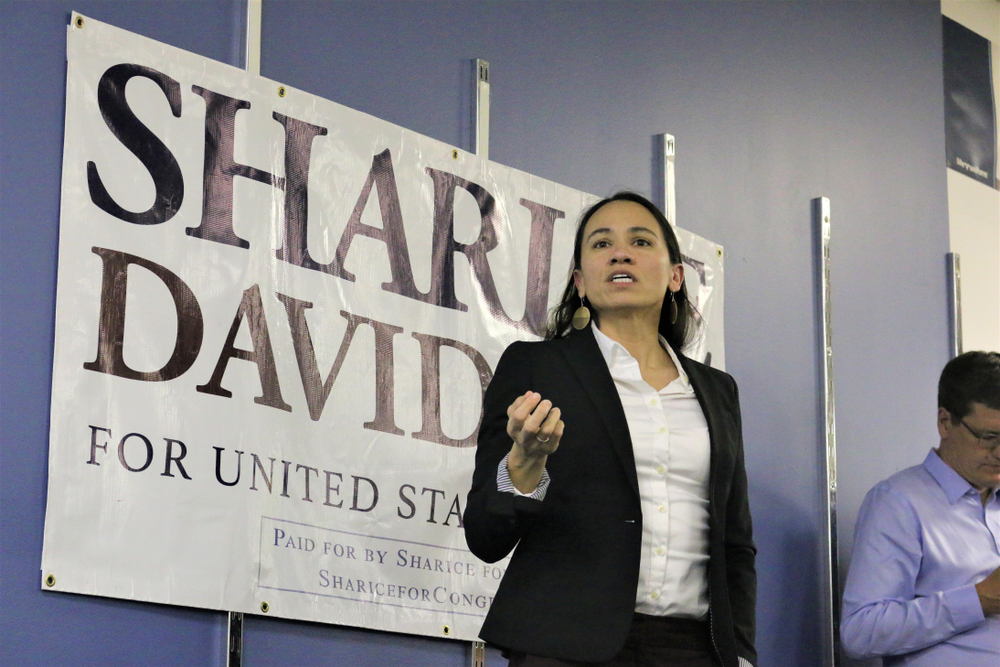 With the tallying of the 2018 midterm election on November 6, those three demographics have, for the first time, intersected in a single individual. Sharice Davids was elected by Kansas’s 3rd Congressional District. The Democrat defeated long-time incumbent Republican Kevin Yoder 54 to 44, turning Kansas City blue for the first time in years.

A member of the Ho-Chunk Nation, a lesbian, attorney, former MMA fighter, and a political debutante, Davids was thought to have long odds when she announced her intentions to run for the spot. But she worked hard to show that she wanted to hear the voices of voters feeling burnt out by other Democratic nominees. She spoke about childhood poverty, student debt, and supporting all of her constituents, not merely the side that voted for her.

While Davids did not bring up her sexuality in her campaign, voters angered by Kansas’s recent decision to allow state-funded adoption agencies to deny adoption to same-sex couples as well as the Trump Administration’s roll-backs of some trans-focused protections were spurred to choose her in order to increase the queer voices in government.

“Sharice represents me, and I’ve never felt represented before,” said Hope Melius, a Kansas resident, a Native American woman, and a lesbian who volunteered in Davids’s campaign. “It’s amazing.”