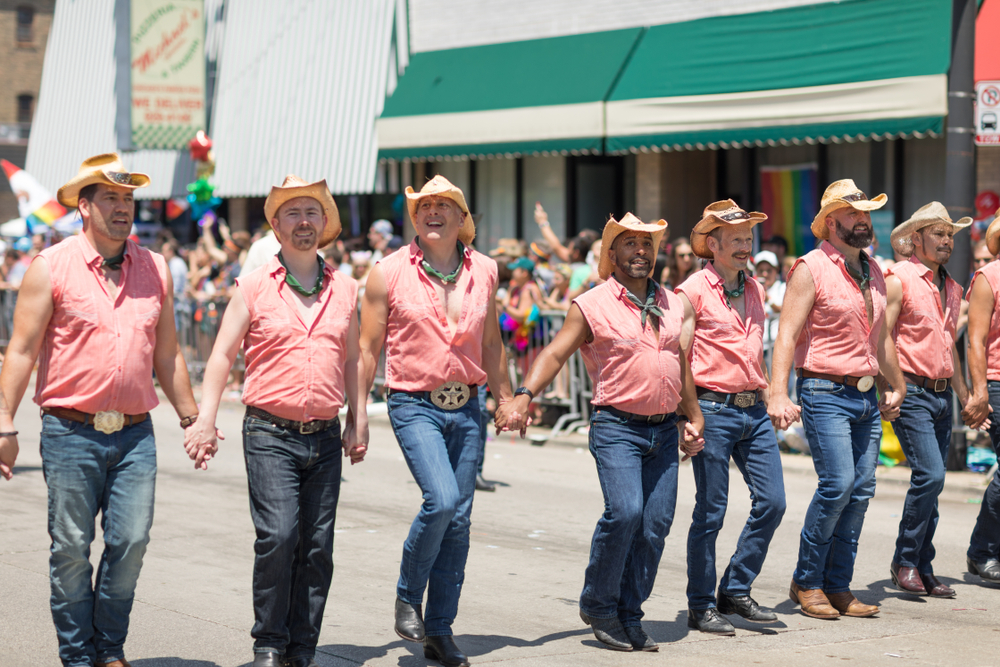 There is likely no industry that does not have its share of LGBT practitioners. There are stereotypes, such as hairdressers, bartenders, performers, and artists. But beyond those, it’s simply truth that queer folk have every type of job one can have. It’s to bring awareness to this fact that Jonah Mossberg directed and shot Out Here, a documentary about queer farmers.

Mossberg, who identifies himself as a queer farmer, grew up in rural Connecticut and began farming as a teenager. Today he owns his own vegetable and flower farm in Vermont, where he keeps bees, teaches local students about sustainable farming, and sells his produce in the Brattleboro Area Farmer’s Market.

“Farming was the first time that I realized I actually felt good in my body,” said Mossberg in his documentary. But he found it isolating as well; he felt very alone in the intersection between his sexuality and his work. Farming communities are not known for inclusive attitudes or diverse populations.

He began work on Out Here to feel connected to other people in his situation and to offer them that connection as well. In the process of making it, he traveled to 30 farms around the country to meet other queer farmers, learn their stories, and explore how they each felt their identities affected their careers.

As the documentary came into shape over four years, Mossberg realized that he also wanted to use it to challenge the narrow American stereotype of the farmer as a straight, white, stoic male.

Out Here debuted in 2013 in San Francisco at the Frameline LGBTQ International Film Festival. Since then, Mossberg has toured with it in his farm’s off-season, hosting Q&A panels at universities and community farms around the country and expanding the connections he seeks with each one.